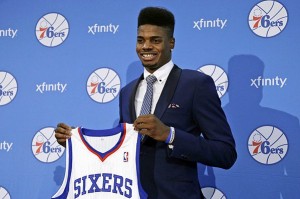 According to Fox Sports Ohio’s Sam Amico, Philadelphia 76ers rookie Nerlens Noel is likely to miss the entire 2013-14 NBA season due to a slow recovery from his torn ACL. The Daily News’ Bob Cooney confirmed the news, writing that Sixers coach Brett Brown admitted Noel would probably sit the entire year. Brown also said the team’s plan wasn’t always to sit Noel all season. No word yet on if he was winking or crossing his fingers as he spoke.

Stop groaning (if you are), because you’re thinking the same thing. Long before the regular season was even in our sights, I resigned to reading every Sixers injury update like there were a series of winking emoticons embedded at the end of each one. There’s no reason to stop now.

That said, I’ll admit this isn’t a predictable development. Noel’s season-long absence pushes the Sixers past a line they were already toeing and would probably have crossed no matter what—they’re in full-on tank mode. And when I write “full-on tank mode,” I mean full-on tank mode. Danny Ainge’s Boston Celtics—who are totally not tanking; only they are—have nothing on them. Andrew Wiggins might as well start apartment hunting in Philly. The Sixers are coming for him.

Oddly enough, I buy this latest update. Perhaps the Sixers are being overly cautious or maybe Noel started hanging out with Derrick Rose. Take your pick, because either way, I believe their plan wasn’t to sit him all season. At best, he was probably looking at a New Year’s return. That would have hardly bought the Sixers enough wins to damage their chances of landing Wiggins. Mostly, it would’ve given the rookie some valuable time to learn the ropes, get his feet under 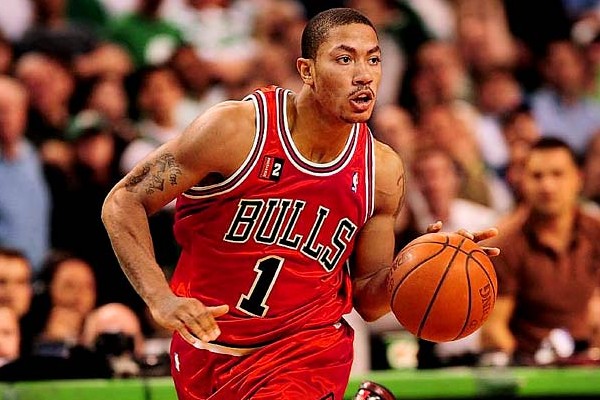 Sitting out the entire year to rehab a torn ACL isn’t unheard of.

him and just prepare him for 2014-15 in general. Now he has to wait another year until he’s a officially a rookie…we think.

While far from ideal, I’m sure the Sixers organization isn’t losing any sleep over this. Visions of Andrew Bynums on the loose may be dancing through Sam Hinkie’s head as he sleeps, but the latest only makes the Sixers worse, which for the Wiggins-seeking Sixers is a great thing.

Watching Noel develop some pick-and-roll chemistry with Michael Carter-Williams would have been grand. A few blocks a night would have been better. A taller flattop would have been amazing. But the Sixers can afford to wait. This is the one year it pays to be patient. Hell, if Rose’s ACL were the issue this year, I could have totally seen the Chicago Bulls tanking—trade Luol Deng, shut down Joakim Noah, feature Carlos Boozer, etc.—for a chance to land Wiggins or any of the top-five (seven?) picks in 2014. That’s how good this year’s draft class is going to be. They’ll make teams do crazy things.

Like compel the Sixers to be disingenuous with their roster and delay Noel’s return? Maybe, though again, I can’t see that happening here. I had the opportunity to meet and speak with Noel a little bit over the summer, and in the brief time we talked, I can say I don’t think he’d allow this to happen. He wants to play. Badly. He wants the opportunity to start alongside Carter-Williams, to continue playing the game he loves.

As of now, it doesn’t appear as if he’ll get that chance—this year. Next season should bring with it a different story and, if all go according to plan, a new teammate, first name Andrew, last name Wiggins.