Here is our THD Kicks on-court review of the Jordan Melo M9: 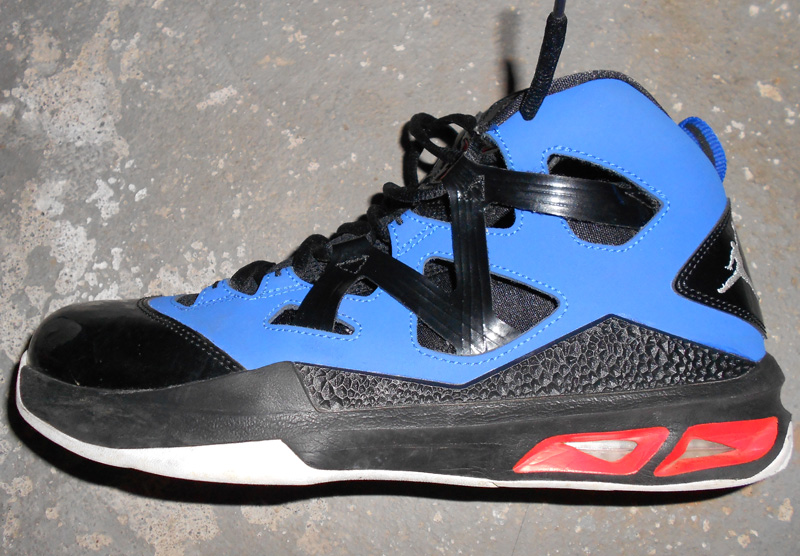 Before you even tie the laces, once your foot is in the shoe you know you are in for a comfortable ride. The sandwich mesh bootie keeps your foot very much in place despite how wide it feels around the first time you try the Melo M9 on. Even the inside of the tongue has padding strategically placed to completely surround your foot with cushioning.

In the shape of the letter M are straps made of four Flywire cables that are used in as part of the Dynamic Fit system which in this shoe comes up from the midsole and adds lockdown feel bringing the sneaker closer which reduces your sneaker restricting all of your foot movements.

One feature that basketball sneakers are slowly losing that I feel should be mandatory is pull heel tab which thankfully the Melo M9 has. 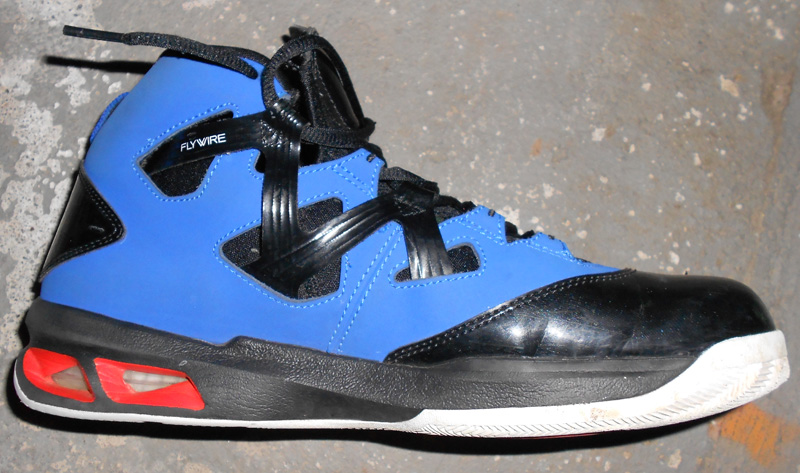 To say that you had to “break in” these sneakers almost does the cushioning a disservice. There is very little time needed to transition from anything into wearing the Melo M9 for basketball. Laces don’t have to get jacked up as tight as possible and the sneaker doesn’t need to be bent into a semi-circle to flex. Out of the box your a good to go.

A sneaker with this much padding on the inside of the upper needs to be broken in at irregular points in the shoe. The Zoom Air unit in the forefoot goes into the outsole and actually protrudes out of the bottom of the shoe. A recessed herringbone tread pattern is used on the part that sticks out at the bottom-front of the shoe, the Zoom Air unit is right in the pivot zone of the foot so the deeper tread helps with control in a turning motion. 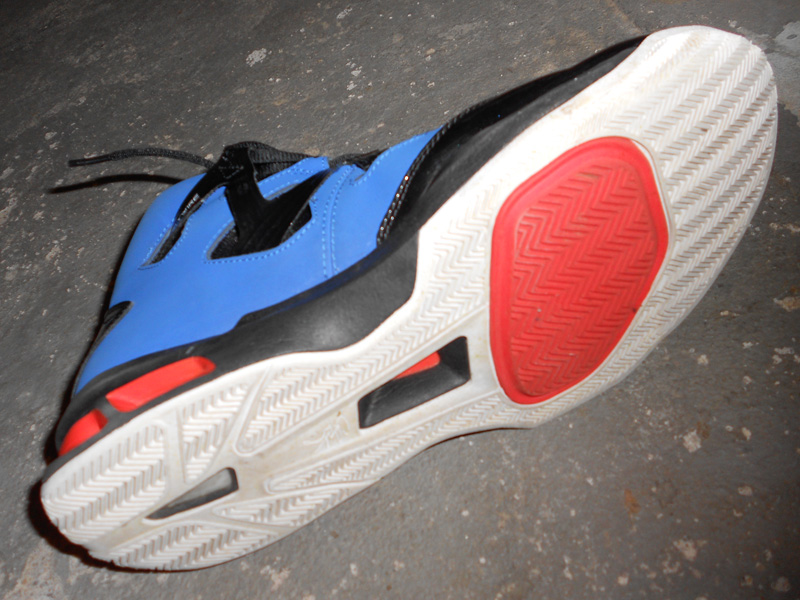 Something like ‘getting used to’ would be a better way to explain The Break-In of the Jordan Melo M9 especially with the forefoot Zoom Air cushioning. The cushioning pod is ground loaded, which means instead of being in the middle of the sneaker’s midsole, it comes from the bottom of the sole up into the shoe and because of that it sticks out slightly farther than the rest of the bottom of the shoe. You won’t be able to rock back-and-forth on it since it is not that dramatic, but it is noticeable. 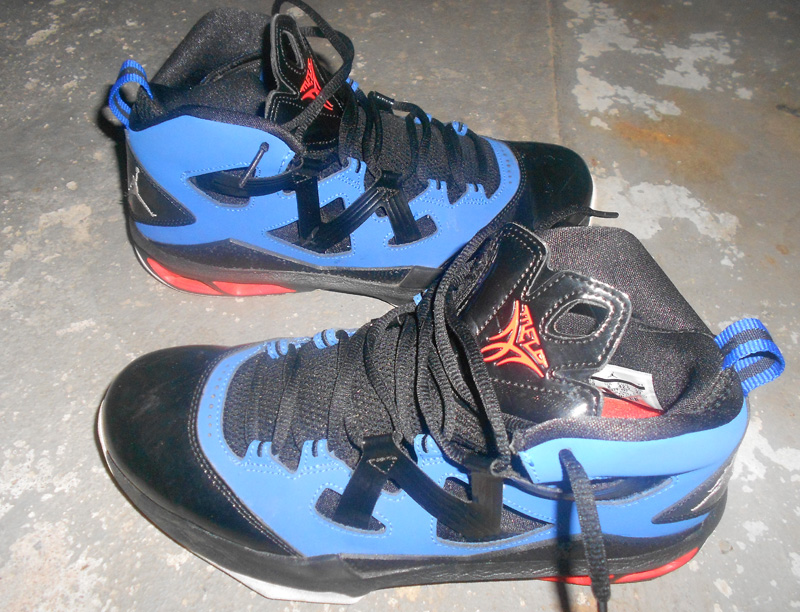 When standing still in between games or even just not moving as much, the plushness felt in the entire shoe is a welcomed. This feeling is especially enjoyed by larger players as Zoom Air can withstand a lot of downforce and not go flat as has been the trouble with other Air-based sneaker cushioning systems. 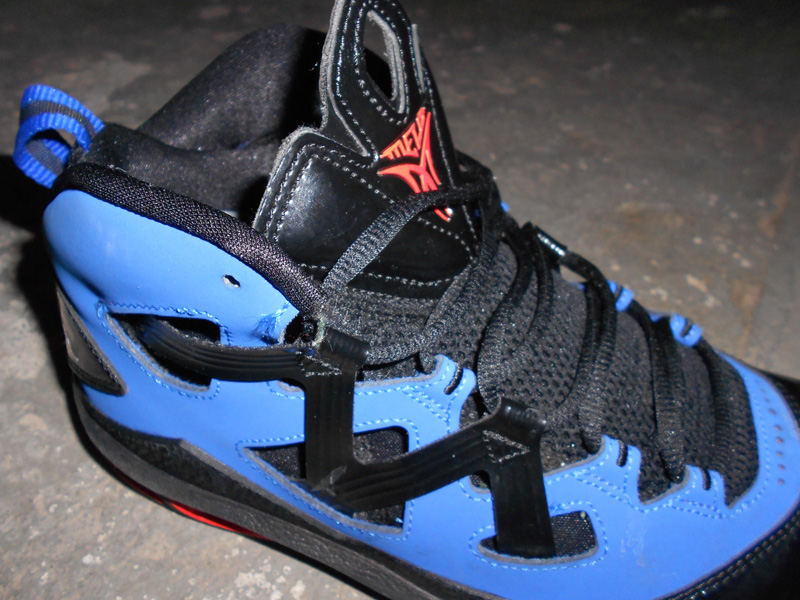 Compared to the Melo M8 Advance, the Melo M9 is a few ounces heavier, but the weight is justified in the cushioning. The final product is still a significantly lighter sneaker than previous Jordan Melo sneakers with less tech.

One thing that I always look for in a basketball sneaker is how much slippage there is with my heel inside the shoe. That is a problem that doesn’t exist with the Melo M9 thanks largely to the sandwich mesh inner bootie.

The Jordan Melo M9 is very comparable to the LeBron X and Carmelo Anthony’s 11th signatures sneakers is a double-digit percentage less expensive than the 13th signature for LeBron James. Since both sneaker’s ride system features capsulated Zoom Air in the front as well a exposed Zoom Air pillar system in the back that is bigger than the one in the front, the similar tech gives you more value for your spending dollar in the Melo M9. Opt for a pair with nubuck construction like on the ‘Knicks AWAY’ Melo M9 or ‘Christmas’ pair from Foot Locker here instead of the synthetic upper seen on the majority of available colorways to not only have the better look, but to fully appreciate how flexible such the thick padded lining of the sneaker.