Manu Ginobili for as great as he is, has always been considered a bit of a ‘flopper’. And with the NBA enacting new rules and fines to stunt the spread of ‘flopping’, Ginobili, among others, will be the target of the refs attention in beta testing the new system. Sure, he has probably been given a bad rap given how hard he plays and with such a reckless abandon, but he also has undeniably flopped from time to time. How about this one? Manu flop, or no? 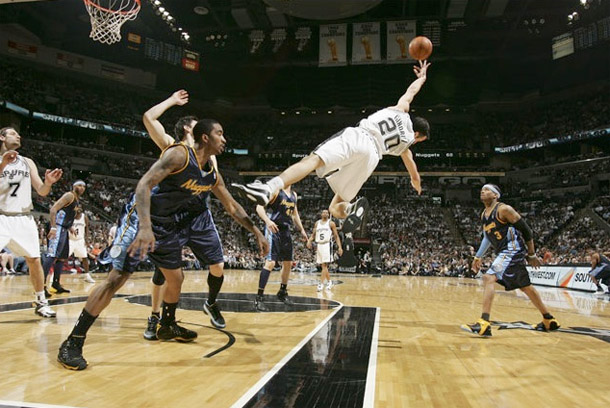