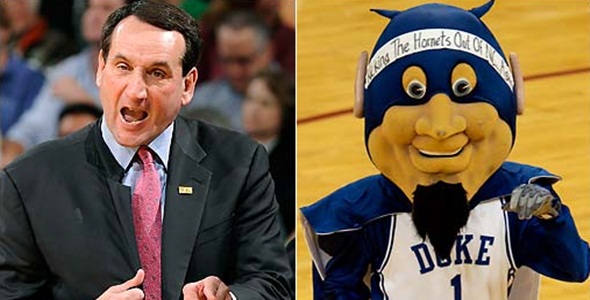 There are only a select few NCAA men’s basketball coaches that are synonymous with winning at the schools they coach at. In other words, these coaches have almost single-handedly put their program on the map. You have Jim Boeheim at Syracuse, Jim Calhoun at Connecticut, and the legendary Bob Knight at Indiana to name a few. But has anyone meant more to their school than Mike Kryzewski at Duke? 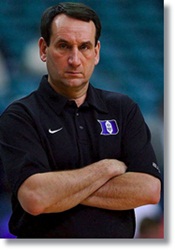 Seriously, his numbers are insane. Since his arrival at the school prior to the ’80-’81 season, Coach K has an amazing 868-279 record, including taking the Blue Devils to 26 Tournament births in the past 27 seasons, where he is the winningest active coach with a stellar 77-22 mark. His teams have won 4 National Championships, been to 11 Final Fours, and won 12 ACC Championships. In addition, he has added to his legacy by winning 3 Gold medals as a head coach in international competition having lost only one game(35-1) as a head coach of the USA National Team.

During his more than 30 years at the helm of the Blue Devil’s program, Kryzewski has been blessed with some of the best all-time players that the college game has ever seen like namely Christian Laettner, Grant Hill, Elton Brand, JJ Redick, and Jay Williams. Undoubtedly, the Duke head man would credit most of his success to his ability to recruit with the best of them.

In keeping with that theme, one of Duke University’s biggest fans on youtube, DukeBluePlanet, has put together quite possibly the best compilation of dunks pulled off by Duke players during the Coach K era. Check it out: