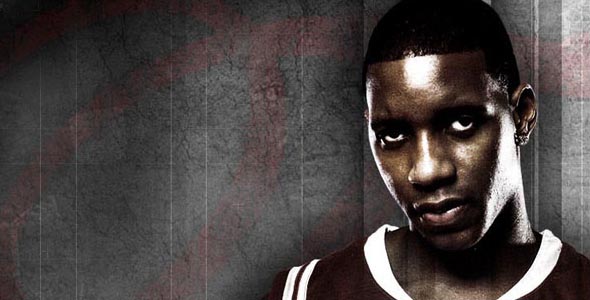 Tracy McGrady has once again told us he will be back from injury and in elite form with the Houston Rockets next season. Should we believe him? When healthy, T-Mac is arguably a top 10 talent and is definitely one of the most entertaining to watch. With his seemingly yearly bout with the injury bug, many have speculated about the seven time All-Star’s future with Houston, or his future career in the NBA itself. McGrady has done some TV interviews lately just to let all of us know that he is rehabbing his latest injury and has guaranteed that he will return this season, and will be back in his customary elite player status.

After his most recent injury to his left knee, McGrady was expected to miss the entire ’09-’10 season in his attempt to rehab from the infamous microfracture surgery which has proven to be a very long and tedious injury to recover from. Some players, like most notably Chris Webber, have returned to continue their NBA careers but are only a shell of their former self. More recently Amare Stoudemire and Greg Oden have had this procedure and have slowly rebounded back into their customary high level of play, with each missing parts or all of an entire season before returning.

T-Mac has taken this injury and his career seriously by hiring famed trainer Tim Grover from Attack Athletics, who has worked and helped a list of many other All-Star NBA players recuperate from injury including, Kobe Bryant, Michael Jordan, and Scottie Pippen. McGrady has progressed well and stated that his knee feels stronger right now than it did all of last season and could drop 30 points in an NBA game if it was played tomorrow. Time will tell since when pressed for an exact date for his return he can give no definitive answer.

As a business venture, Tracy has started up a new website called Skillzlab.com where athletes like McGrady are a virtual mentor and bring their life experiences to help members of the community to develop new skills to succeed in whatever field they chose. Athletics are used as a platform since the site has retained the services of ‘Professor McGrady’, as he will be called on the site. He will teach mental preparation, and skills and training which is needed in order to become a professional athlete. As of Monday, I logged onto the site, but it was still under construction. T-Mac has also been in the news recently for changing his uniform number from #1 to #3 to support his relief efforts in Darfur and to promote his new documentary titled “3 Points.”

McGrady boasts a dazzling resume that includes being a 2 time scoring champion, 7 time All NBA Selection, career 22.1 scoring average that includes forty five 40+ point games, and holds numerous Orlando Magic franchise records in his 12 seasons. I truly hope that this latest rehab does the trick since I’m sure that I am not the only basketball fan who has missed all of the high flying dunks, 50 point scoring games, and entertaining elements he brings to a sometimes boring and monotonous NBA season.

Here is some footage from his TV interview: