admin June 28, 2021 Blogs No Comments on The Evolution Of The NBA Through the Years 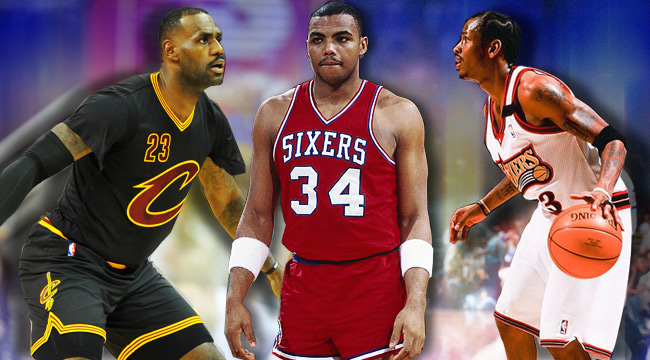 Before you make your basketball bets for the next season of the NBA, we thought this was a great time to reflect back on the history of the NBA! There have been all sorts of changes to the NBA throughout the years, and it’s time that they were brought to light! Every team has a story and all 30 NBA teams have a unique tale to tell about the changes to their logo throughout the years. Check out these amazing logo stories on StadiumTalk.com

How Things Have Changed

The times of the three inch inseam seem so long ago now – the game is so drastically different. New moves have been introduced, and even the kinds of players have changed! Here are just a couple of the ways that the NBA has altered throughout the last few decades.

When it comes to basketball, it’s important to be able to jump for those hoops. As such, it comes as no surprise to learn that taller players have always been sought after for the NBA. As the years have passed, however, players have been getting taller and taller. Back in 1969 you would usually find that a player was around 6 foot 5 inches tall and would weigh a mere 205. Today? The general height is 6 foot 7 and weighing 220 pounds.

Back in 2018, more than 108 players from 42 different countries made their way onto the NBA rosters. Sports Illustrated even reported that every team had a minimum of one player that wasn’t from their own countries. This isn’t the first time that international players have participated in the NBA, however. Around 30 years ago, the Soviet Union started to let players move into the American premier basketball league at the end of the Olympics in 1988. Basketball is actually one of the world’s biggest sports – it’s only beaten by soccer!

The Game Has Become Faster Thanks to the Hand Check Penalty

The hand check penalty came in 2004, and it was a pretty major room. Hand checking was banned, meaning that players could not physically touch people on the opposite team with their hands unless it was in the area right next to the basket. Without this rule in place, players would take a while to get to the basket because their opponents would block their every move. Now that this rule is in place, NBA games are significantly shorter.

The NBA Got an Expansion

At one point, basketball was an all American sport. Since 1995, however, basketball has made a legacy in Canada too. There, the Vancouver Grizzlies and the Toronto Raptors made their way into the NBA. The more the merrier, eh?

Players Got a Salary Increase

In 1969, Bill Russel the NBA legend had a maximum salary of a mere $100,000. Today, Stephen Curry is on a $201.16 million contract and will be paid in excess of $40.23 million. That’s a pretty big upgrade for salaries! Of course, this differs among players, but it’s certainly a lucrative sport if you’ve got the talent to make it big.

The 3 pointer has truly changed the game through the years. The 3 point line came into action back in 1979. It’s not the gimmick that players once thought it was, and it encouraged some real impressive shots in the game.

The 3 point rise has also meant that possessions have increased. More and more rebounds have happened, and each team has had more possessions. As such, the game is a lot more fast paced. It’s easy to understand why fans have been on the edge of their seats, especially over the past 10 years. In fact, league wide possessions in each game have increased from less than 96 to roughly 101.

The slam dunk and the layup are still pretty popular, but you will see a lot fewer jumps inside the 3 point arc today than you would have back in the 90s. This is because the NBA has prioritised long range sharpshooters instead.

With such a rich history, it’s no wonder that we love this game so much! It comes as no surprise that the NBA is still going strong today!