Anou Enright May 23, 2019 Blogs No Comments on Budenholzer and Buck’s Fans Have Had Enough of Drake 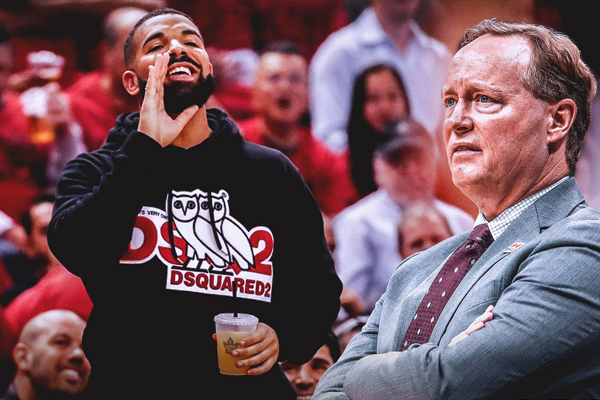 Milwaukee Bucks coach Mike Budenholzer has had enough of Drake and wants him to tone it down.

Drake made his presence felt during Game 3 and 4 in Toronto as he teased Giannis Antetokounmpo for a missed free throw. He even gave Raptors head coach Nick Nurse a quick shoulder rub during the fourth quarter.

“I will say, again, I see it in some timeouts, but I don’t know of any person that’s attending the game that isn’t a participant in the game, a coach — I’m sorry, a player or a coach, that has access to the court,” he said. “I don’t know how much he’s on the court. It sounds like you guys are saying it’s more than I realize. There’s certainly no place for fans and, you know, whatever it is exactly that Drake is for the Toronto Raptors. You know, to be on the court, there’s boundaries and lines for a reason, and like I said, the league is usually pretty good at being on top of stuff like that.”

Budenholzer’s comments came after Antetokounmpo’s European agent, tweeted that he had “never seen anything as disrespectful” as Drake’s repeated trolling.

Imagine a gig & an athlete on VIP seats, right next to the band, stands up on the stage just to show off during the entire game, knowing cameras are on him, occasionally even massaging the singer. Security&him both allow it. Never seen anything as disrespectful as this before…

So how did Drake, a global ambassador for the Raptors since 2013, react? How else but with a series of emojis on Instagram and then he liked a user’s comment that read: “If you don’t want the opposing team to celebrate and dance, prevent them from scoring, winning, or achieving their objective. Get over it and keep moving.”

The series resumes in Milwaukee for Game 5 on Thursday night. But Drake will get one more chance to taunt Antetokounmpo and the Bucks on Saturday for Game 6 in Toronto.