Anou Enright April 1, 2019 Blogs No Comments on Knicks Did Not Inform Mavs of Rape Allegation Against Porzingis Prior to Trade 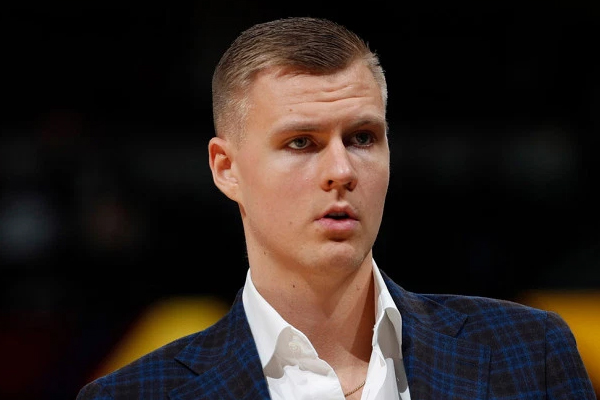 Two league sources told The Dallas Morning News’ Brad Townsend on Sunday that back in January, when the New York Knicks traded Kristaps Porzingis to the Dallas Mavericks, they failed to mention a pending rape allegation against the power forward.

On the other hand, ESPN’s Adrian Wojnarowski stated that New York informed the Mavericks a woman was attempting to extort Porzingis and did not delve into further detail before finalizing the seven-player trade.

“The word ‘rape’ was never used, only ‘extortion,'” one of the two sources told Townsend.

The alleged attack happened Feb. 7, 2018, at the soaring Sky building in Midtown West, the woman told cops after walking into the 10th Precinct station house, the sources told The Post.

The woman — who is in her 20s and also lived in the building — told cops the NBA star visited her apartment at around 2 a.m. and that she accepted his invitation to go back to his posh pad.

Once inside, the towering, 7-foot-3 Latvian allegedly held her down and raped her, she told cops, according to sources.

“We have been aware of these allegations for some time, have evaluated the accuser’s claims and, based what is presently before us, stand with Kristaps,” the union said.

The woman reportedly made the allegation on Thursday and is considered both credible and “believable.” She told cops she waited more than a year to talk to police because the player allegedly promised to give her money to keep her quiet. She intended to give the $68,000 in hush money to pay for her brother’s college tuition — but Porzingis reneged.

It is unclear if any money ever changed hands between the two, but the woman did reach out to the Knicks legal department to privately “mediate” a financial settlement. In one email from the woman she said her fandom of the team contributed to her reluctance to bring the matter to the police:

After the extremely aggressive encounter, he was very apologetic, loving and caring … hence, the offer he made to pay my (little) bro’s tuition + more. … Although how he treated me was horrendous, as a Knicks fan, I do not want him to get him in any trouble with the law. I stayed back and enjoyed the rest of the time I spent with him. It’s crucial to note the fun times I had with him doesn’t negate the fact that he offered to compensate me as a soothing gift even though I didn’t ask him to.

Mavericks head coach Rick Carlisle could not say whether the organization was thoroughly informed about Porzingis prior to the trade.

“I have no knowledge of any of that, so, therefore, I can’t comment on it,” he said.

When asked if Dallas will keep Porzingis out of practice for the foreseeable future, Carlisle denied the team would do so but they would allow him to step away temporarily of his own accord.

“No. With case of today, this was prescheduled. I don’t see any change,” he told reporters. “If he wanted to take some personal time away from being on the bench or whatever, we would certainly grant him that. But that would be his call.”