Anou Enright January 11, 2019 Blogs No Comments on LeBron James to Miss At Least Another Three Games with Groin Injury 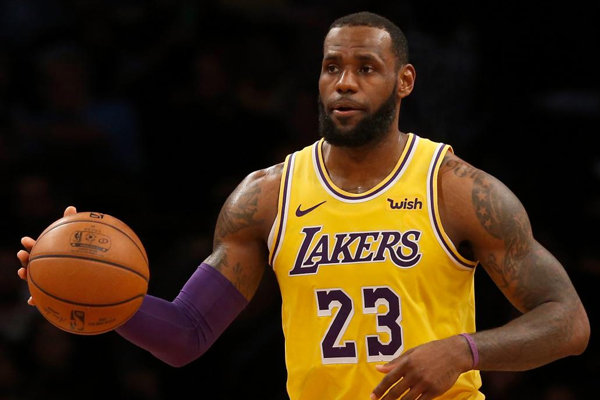 The Los Angeles Lakers have announced that LeBron James will miss at least another week with a strained left groin.

James, who suffered the injury Christmas Day, has now been sidelined for two weeks. He was evaluated by the team medical staff Thursday and it was determined “the healing of James’ groin injury is progressing.” Furthermore, he has also been “cleared to increase on-court functional basketball movements.”

The latest update rules James out of the Lakers’ next three games: Friday’s visit to the Utah Jazz; Sunday against the Cleveland Cavaliers and Tuesday’s home contest against the Chicago Bulls.

The Lakers said they will provide another status update on next Wednesday, prior to their game against the Thunder.