admin December 3, 2018 Brad Leinbach No Comments on Audible or Ignorance 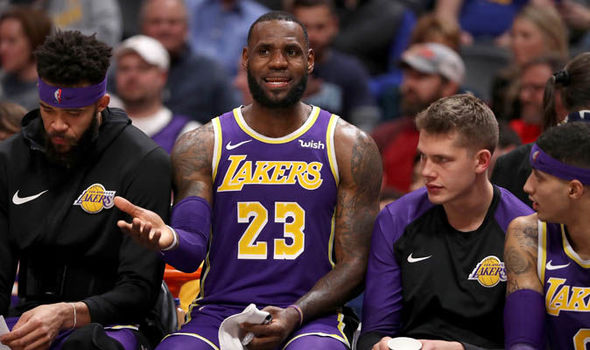 The most recent case of a saturated news cycle comes to us regarding Lebron James. It is being reported that James is “ignoring” play calls from Lakers head coach Luke Walton. Immediately, the Lebron haters are coming out in full force attempting to explain how he is overrated and selfish. They are also using this to explain why Michael Jordan is better than James. “MJ would have never done that.” Let’s put this into perspective.

In the NFL, quarterbacks change play calls on a regular basis. As a matter of fact, they do it so often it has earned its own name. A QB will walk up to the line of scrimmage with a play that their head coach has called and if they do not like the defensive alignment that they see or if they want to give another player the ball, they will change the play. Is that “ignoring” play calls from the head coach? Tom Brady. Drew Brees. Aaron Rogers. All quarterbacks who “ignore” play calls from the head coach to run a different play. A play that they feel is better for the situation. As a matter of fact, Payton Manning was praised for being able to do this. He was even considered a football genius for being able to call the play that he wanted to run. Lebron James does this and he is portrayed as rogue.

In MLB, batters often swing on a 3-0 count when they are given the do not swing sign by the coaching staff. Runners will often run through a stop sign at third base, thus “ignoring” the play call from their coach. These actions are rarely covered by the media. What is even more interesting is that these players “ignoring” the play call from their coaching staff certainly do not have the resume, nor success, that Lebron James has.

In the NBA, this should not be any different. Point guards are considered the quarterback of the team on the floor. If they receive a play call and then see a defense or match-up that they want to exploit, why should they not be allowed to change the play call? In my previous life with the Philadelphia 76ers, Allen Iverson changed, ignored, and MF’ed play calls from his head coach on a nightly basis. Generational players have been granted this liberty. To think that Kobe Bryant, Shaquille O’Neal, or Michael Jordan never changed their head coaches play call, or “ignored” them, is simply naïve. Or Lebron hating.

If Lebron James is going to be used as a point guard, has he not earned the right to call his own plays?