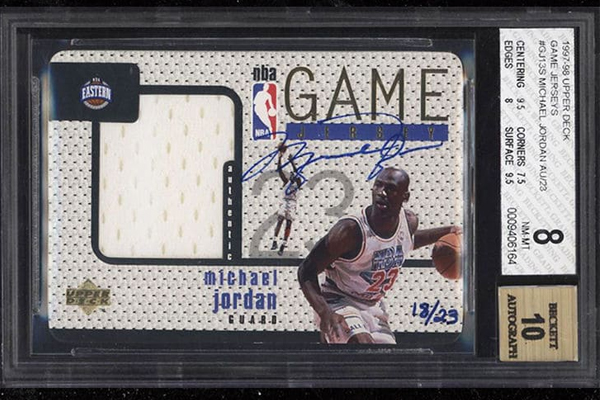 An rare autographed Michael Jordan Upper Deck 1997 All-Star Game jersey card just sold on an eBay auction for $94,630. There are only 23 of its kind in existence.

The card, was given a near-mint rating of eight by the Beckett Grading Services. The same card sold for $45,998 in 2014, an indication of just how much more valuable the card has become in just 4 years.

The Jordan autograph card is now believed to be one of the Top 3 most valuable basketball cards along with a George Mikan rookie card ($403k!!) and Pete Maravich rookie card ($130k).