admin October 12, 2018 Blogs No Comments on Draymond Green Would ‘Love’ to Retire as a Member of the Warriors 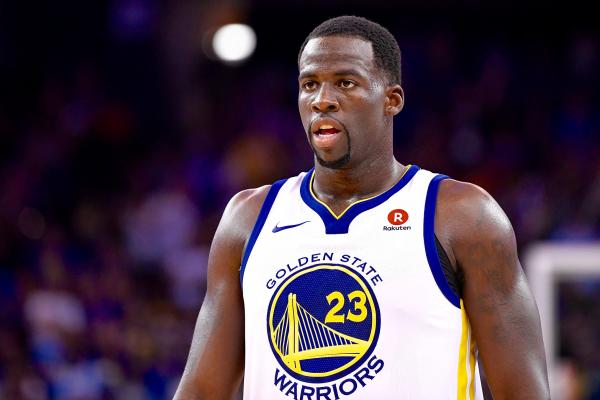 Draymond Green would love to end his career with the best team in NBA history.

Except, there’s more to his loyalty and interest in staying with the Golden State Warriors than tongue-in-cheek formalities. Kevin Durant has a player option for next summer and has been signing a series of one-year deals. Klay Thompson is a free free agent as well. Green himself will hit the open market in 2020. The Warriors are nearing repeater-tax territory. Financial logistics coupled with a drive, from someone, to lead their own team could unravel Golden State’s core and end with Green playing elsewhere.

For now, though, Green isn’t worried about that. As he told ESPN The Magazine‘s Sam Alipour, he wants to retire with the Warriors, but he understands basketball is a business:

ESPN: What about you? You left $12 million on the table on your last deal.
I’m not sure how it plays out, but I think I’m in the best position out of everybody. Steph was up, now Klay and Kevin are up. That gives me the opportunity to see what everyone else does. And quite frankly, if I am the first to bounce, unless it’s in 2020, it wouldn’t be my decision. I can get traded. But I’m last. I should be the least of everyone’s worries.

ESPN: Do you want to retire as a Warrior?
I’d love to. When you look around the league today, how many guys have been with one team? Kobe, Dirk [Nowitzki], Duncan, Manu [Ginobili]. It don’t happen like that anymore. That’d be amazing. But at the end of the day, it’s a business. Let the cards fall how they may.

A lot can happen between now and 2020. And it seems highly unlikely the Warriors keep all four superstars beyond Green’s free agency. But for the time being, his Golden State tenure doesn’t seem to be in real jeopardy, in large part because, as he mentioned, he’ll be the last to sign a new deal. If Durant is already gone by then, he’s more likely to return. If Durant isn’t gone, well, who knows what that’ll mean. Again: Two years is a long time.