Preparing for the NBA Draft

admin June 19, 2018 Brad Leinbach No Comments on Preparing for the NBA Draft 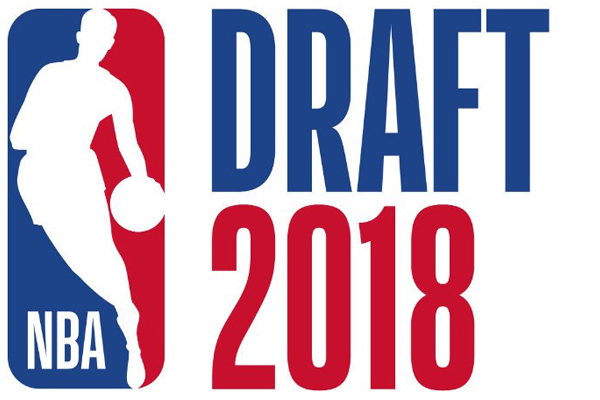 With the 1st pick in the 2018 NBA Draft, the Phoenix Suns select … no, this is not another mock draft. Instead, we are going to take a behind the scenes look at what an NBA franchise goes through in preparation for the announcement by Adam Silver.

Technology has certainly changed how teams are able to gain information on prospects and view game footage. Analytics has transformed how prospects are broken down (damn you Sam Hinkie). However, the principles of compiling information from various sources and analyzing this information is still the same. The marathon for each team begins at Training Camp. Collegiate and international scouts will join members of the player personnel department to discuss the upcoming scouting season, as well as get connected with the NBA team in which they are scouting for.

Schedules are developed for each scout to determine what games they will see in person and when. It is important for a franchise to have an understanding on where they expect to finish. These expectations can be adjusted throughout the course of a season, but an organization cannot go into a season without having a realistic expectation of what range they will land in the upcoming draft. For example, the Phoenix Suns organization did not start the season with the expectation that they will have the 30th overall pick in the 2018 NBA Draft (trades aside).  In this example, the scouting focus for the Suns would revolve around the top tier players.

Collegiate scouts for an NBA franchise are typically broken into territories, with each scout responsible for a region or conference. In many cases the Director of Scouting or Director of Player Personnel will also see collegiate athletes in-person for the NBA Draft. The frequency at which these individuals see a team or player will depend on how much they are interested in that player or the ability to obtain a different scouts opinion.

The information that these scouts gather is logged into a centralized database and tracked up until a player is drafted or no longer eligible for the draft. In the case of players who remain in school, the information is utilized year over year for the organization to track how their opinions on that player has developed over the years. Along with logging the information, most organizations will grade these players on a scale; five-star or an A for example. The grading system determines who they consider top tier talent. At the start of season this grade is evaluated and then again come draft time. If you land with, let’s say the number one overall pick, you will focus on your five-star or A-list prospects.

Throughout the course of the season the scouts will watch hundreds of games in person, on television, and with their laptops. Their job is to be an expert on draft eligible players. If there is a hot name that develops half-way through the season or in a late tournament run, teams will adjust accordingly if they have not seen this player prior.

Sir, can you take your shoes off please

The NBA regular season will wind down and draft season will begin. It is kicked off with the NBA Draft Combine. This is where the fun begins. Scouts start to analyze shoe size, height with sneakers on versus height with sneakers off, vertical, bench press, and so on. More importantly, teams will get a chance to sit down and speak with potential draftees. These meetings are important because it is essentially a job interview. There can be two players of which the organization has the exact same opinion on and the room is dead-locked on draft night, but if one of those athletes made a poor impression at a team meeting, it will be the difference in dollars for that draft pick. This is also a time in which medical information will be disclosed to organizations. Now, imagine the scene; representatives from 30 NBA teams are present, multiple individuals for each organization, players, player agents, along with families and friends – the amount of (mis)information that is leaked/shared at this stage of the process is phenomenal.

Not including the NBA Draft Combine, teams can work players out no more than two times. Players are typically paired with similar sized or position athletes. This creates an opportunity for teams to see one versus one drills or even two versus two. A nice tradition here is for the NBA team to invite local athletes that are draft eligible to participate in these workouts. It provides exposure for these players and can create good competition. Each team will have their own routine that the coaching staff will put the players through. The LA Lakers are famous for their “Mentality Drill.” Check out the Phoenix Suns “Three Minute Drill” for another example. These drills will not be the reason why a team selects an athlete, but they certainly could be the reason why a team does not.

Here is Devonte' Graham and Josh Okogie going through the "Lakers Mentality" drill at the end of their workout pic.twitter.com/CZpCZomeGa

Team workouts have the potential to become memorable. I have witnessed players vomiting on the floor, demanding equipment as if they were a 10-year veteran, arguing with coaches, and flat-out not try during drills. What an 18-20-year-old will do on a job interview is interesting.

For scouting departments, the period from Chicago to the NBA Draft is a full-on sprint with long nights watching videos, sharing thoughts, drinking beer, and attempting to interpret analytical information. Interview stories are rehashed, psychological testing results are examined, statistics are recited and medical information is dissected.

The most important component that is developed during this time is the list. I am a believer in developing two lists, but many teams will simply operate off one. The player personnel department will create a list that is nothing more than an overall player ranking. It will typically range from 75 to 100 names. You want to build in a few slots for surprises and have visibility for player names that you want to have as Summer Camp invites. Once the player is selected their name is crossed off. If that team is selecting 15th overall, they then will select the highest available player on the board. The other list that should be developed at this stage is the team needs list. This is comprised of player rankings based off team needs. The concept is still the same, as a player is taken you cross their name off and once it is your turn to select you choose the highest-ranking name left. Teams can operate either strategically independently or together. I previously mentioned that I am fan of both lists because it allows you utilize a multi-faceted approach and fosters discussion and input. The draft will progress throughout the night and once it is your turn to make the selection you are able to make a choice between the best available player or a player that fulfills a team need. There is a difference.

The days leading up to, and during the draft, phone lines, email, and cell phones are put through their paces. Organizations will attempt to learn as much information as they can from other teams or contacts throughout the league. Information such as trades, who a team is selecting, or why a player is rising or falling in the draft is out there to be had – it is a matter of obtaining it.

NBA organizations will essentially place players in a queue to be drafted – this is the guy we want. If they have done their due diligence they will have a very good idea if he will be on the board or not. One variable to this is a promise. You will often hear this mentioned in the context that a player “has a promise.” Yes, they are real. Teams will tell an agent if their player is available when they select, they will pick him. This will impact draft strategies. For example, if a team is selecting 10th overall and their guy has a promise to go with the 8th pick – that team may elect to trade up. This may be hard to believe, but yes, agents and other teams will attempt to bluff with a promise.

The team will notify the league of their selection. In years past this is done through a simple conference call with the league and all 30 NBA teams. The agent is typically notified ahead of the player themselves. The next conversation then is with the player congratulating them and welcoming them to the organization.

After the final selection in the draft is made, the night is not over. Teams will immediately get on the phone and attempt to shape a Summer League roster. They will want to suit up players that they have personal interests in, athletes from local schools, or a player that they feel “has a chance.” 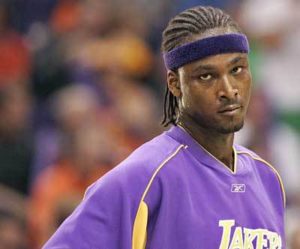 Draft day is a long night that concludes a long season for NBA scouting departments. They now sit back and cross their fingers they did not just select the next Kwame Brown.

Tune into @LeinbachBrad on draft night as he shares some of his best stories from inside previous draft headquarters and analyzes selections.