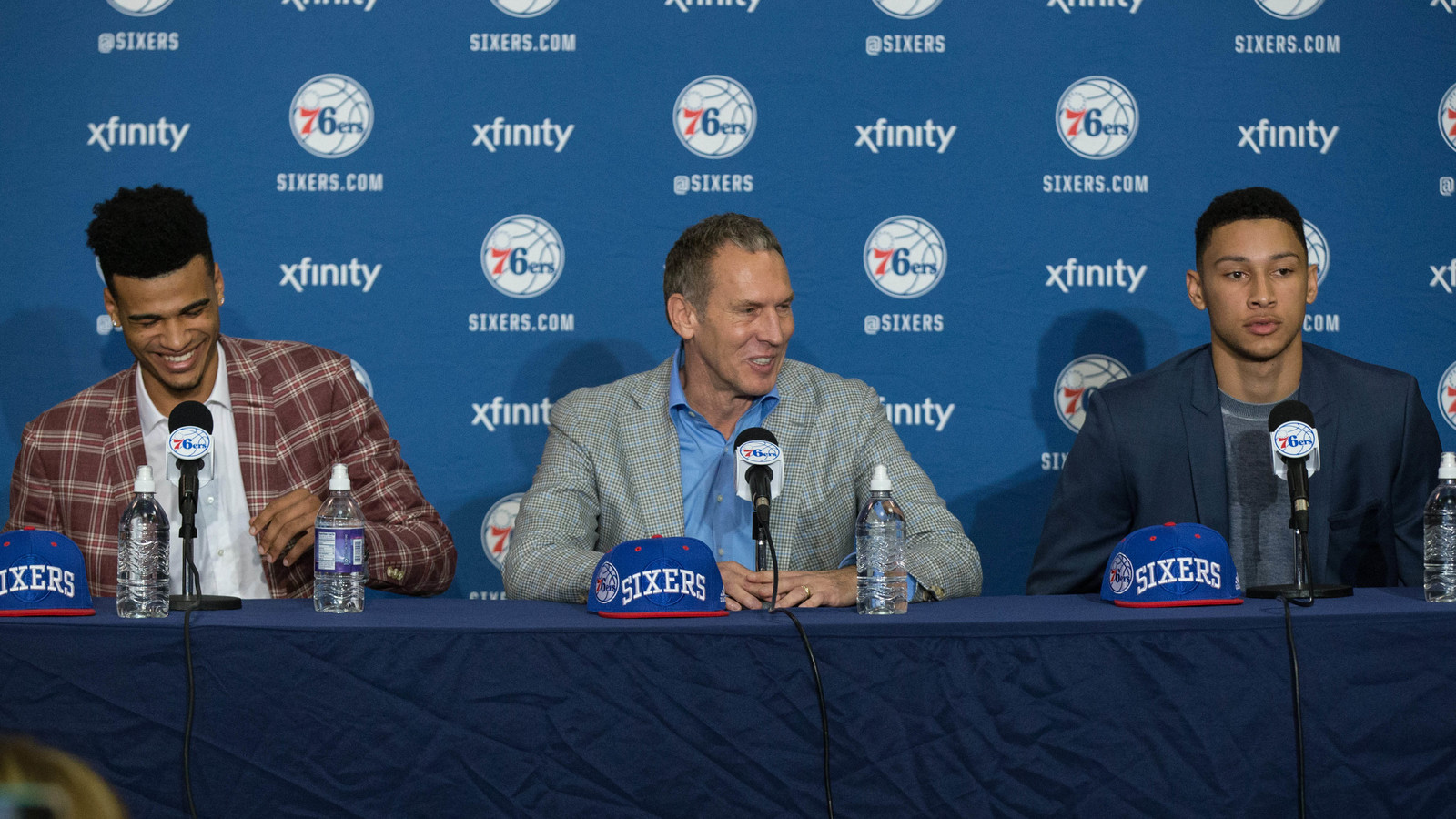 The fallout from Bryan Colangelo’s alleged involvement with burner Twitter accounts is raging on—just not in the way you might have thought. Despite contemplating his dismissal as the result of an explosive report from The Ringer’s Ben Detrick, the Philadelphia 76ers’ now apparently believe their team president had no prior knowledge of social media aliases he was linked to.

While the Sixers’ investigation into president of basketball operations Bryan Colangelo’s Twitter fiasco is ongoing, the general belief within the organization is that it believes Colangelo’s assertion he had no knowledge of the Twitter accounts, did not send the messages or had known the messages were being sent, according to a source.

The Sixers are trying to decide if they can go forward with Colangelo after sensitive team information went public.

This is a pretty substantial turn. Just a few days ago, it seemed like Colangelo’s case was hopeless. It appeared he was destined to be fired.

On some level, despite this report, it still feels that way. Fair or not, there will be a stigma attached to the Sixers and Colangelo as the result of this soap opera. It doesn’t matter whether Colangelo is completely innocent. He’ll be viewed by many as guilty by association. The mere link to Twitter accounts, however genuine, that insulted Sixers players, criticized former Colangelo colleagues and potentially divulged closed-door information about players’ health and failed trades will not look good. Free agents will still consider the drama that has since unfolded and wonder whether any of it’s true and whether joining Philly is worth the drama.

This may not matter with second-tier names. It will most definitely come into play with LeBron James and Paul George. And maybe this is the Sixers’ way of seeing how much. By leaking that they’re leaning toward keeping Colangelo, they’ll get a feel for the reaction and general free-agency climate without committing to anything. Then, after gauging the response to this news, they can make their final decision.

Just some food for thought, obviously. Nothing’s etched in stone yet. Plus, let’s face it, this drama has another act or two left in it before reaching conclusion.