admin October 13, 2017 Blogs No Comments on Michael Jordan Is Not a Fan of the NBA’s Superteam Era 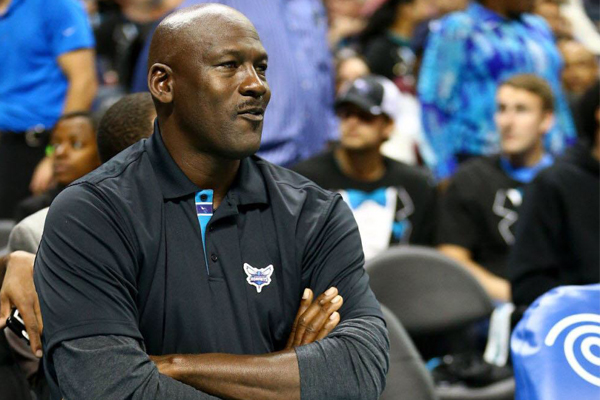 Speaking with cigar aficionado, the Charlotte Hornets owner expressed a distaste for the growing popularity of the superteam model, suggesting that, at some point, 28 of 30 squads will be left in the trash. Here’s SI.com’s Ben Golliver with the excerpt:

Michael Jordan expresses major concerns over NBA's Superteam era in a Cigar Aficionado cover story: "28 teams that are going to be garbage" pic.twitter.com/zf68TWCUxW

Even if Jordan is being deliberately hyperbolic (he is), yours truly disagrees.

It would take some ridiculous superstar clusters to dilute the contender conversation down to even three or four teams. Once you get two, three, maybe four, max players, you’re done. It’s basically impossible to afford anymore without outright paycuts coming into play. Divvy up Big Threes among, say, the top 24 players, and you’re still left with eight “superteams.”

Beyond this, look no further than the latest offseason. The Golden State Warriors and Cleveland Cavaliers are considered locks to match up for a fourth straight time in the NBA Finals, but that didn’t stop squads like the Boston Celtics, Houston Rockets and Oklahoma City Thunder from shooting their shot. Anytime a team or two moves the goal posts, at least a handful of squads will do everything in their power to chase it.

So fear not, hoops heads. The NBA’s competitive landscape may be demonstratively tilted at the moment, but it’s in no imminent danger of devolving into the post-apocalyptic wasteland that Jordan hyperbolizes.