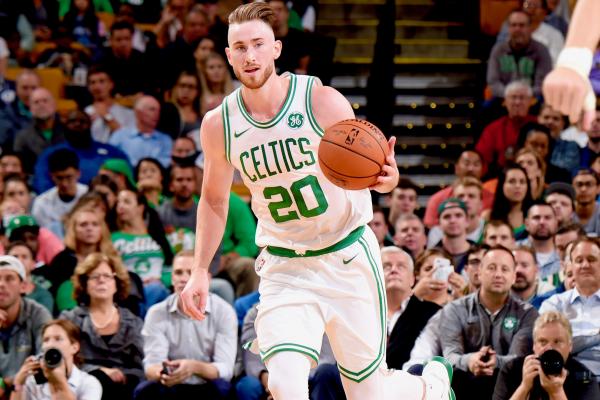 When Gordon Hayward crumpled to the floor early in the Boston Celtics’ opening-night loss to the Cleveland Cavaliers, everyone in Quicken Loans Arena knew. The fans, the players, the coaches—they all understood. Something was broken. Hayward’s season was over.

It was a gruesome, soul-sundering sight to behold, made so much worse, for some reason, by gauging the looks of pure pain on the faces of both Celtics and Cavs players a like. Hayward would later be diagnosed with a dislocated ankle and fractured tibia, effectively ending his season.

Outpourings of support flowed from NBA Twitter, with both players and (responsible) fans wishing Hayward well. LeBron James made sure to speak with him before he was carted off the court, but he didn’t stop there. He eventually went to visit Hayward, mid-game, in the locker room, per ESPN.com’s Brian Windhorst:

So, too, did former Celtic Isaiah Thomas, now of the Cavaliers, who is dealing with an injury (hip) himself:

Isaiah Thomas, who recruited Hayward to Boston over summer, has also been with him in locker room.

Moments like these remind us how much of a community the NBA’s player pool has become. People bristle about the lack of rivalries, about players are too soft, about how they work out together over the summer even though they’re from rival teams. But humanity trumps dumbass sports philosophies 100 percent of the time.

No, Hayward’s injury is not some blessing in disguise, not for the Celtics and not for the NBA’s optics. But, with him facing great misfortune, both rivals and friendlies flashed compassion and community. And there’s something to be said for that.