Tinder is Apparently Reducing Homecourt Advantage in the NBA

Anou Enright March 23, 2017 Offbeat No Comments on Tinder is Apparently Reducing Homecourt Advantage in the NBA 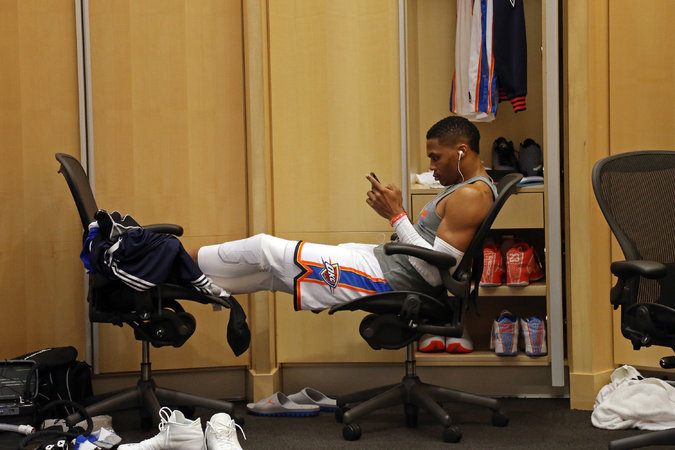 Yes you read that headline right, the highly popular mobile dating (or hook-up depending on how you choose to use it) app Tinder has had a huge effect on the effectiveness of NBA players in the midst of a road trip and therefore has limited the home court advantage in the league.

According to an eye-opening and extremely interesting piece by Tom Haberstroh of ESPN that was published Wednesday, the “Tinderization” of the NBA allows athletes on the road to satisfy some of there, um, desires, from their hotel room. It negates the need to go out to the nightclubs and drink until the early morning after a night-time road game. Along with the fact that NBA teams now take a bus directly from arenas to the airport to take a charter flight the same night to next city, where a hotel room is waiting, means that NBA players are drinking less, partying less, sleeping more and able to organize their rendezvous as they are arrive in the next city without ever leaving their hotel room.

Here are a few excerpts from the piece on ESPN:

“One general manager calls it the “Tinderization of the NBA….”

Indeed, various apps have done for sex in the NBA what Amazon has done for books. One no longer needs to leave home to find a party. The party now comes to you. And lifestyle judgments aside, the NBA road life is simply more efficient — and less taxing — when there aren’t open hours spent trolling clubs.

“It’s absolutely true that you get at least two hours more sleep getting laid on the road today versus 15 years ago,” says one former All-Star, who adds that players actually prefer Instagram to Tinder when away from home. “No schmoozing. No going out to the club. No having to get something to eat after the club but before the hotel.”

Obviously Tinder has revolutionized the NBA hook-up game, but as fun as it is, it seems the charter flights in lieu of a 5:30 a.m. commercial flight and teams providing everything else players need, including meals have added a level of comfort for players on road trips that have helped them play to a higher-caliber on road trips.

According to data from basketball reference, teams are winning just 57.4% of home games in 2016-17, the lowest number in NBA history.

Take some time to read the full Haberstroh piece here: Inside the ‘Tinderization’ of today’s NBA