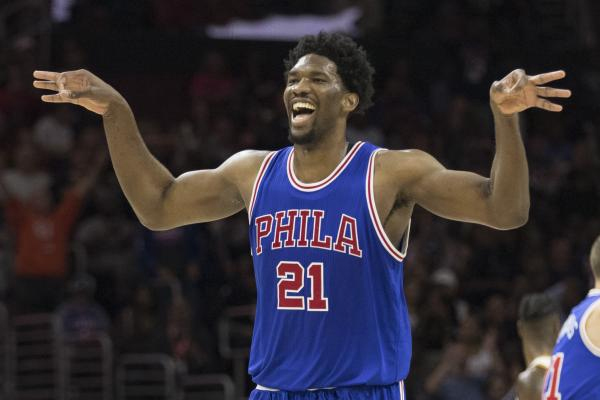 Joel Embiid has been shut down for quite some time now with another lower leg injury. In the time that he did play this season, he looked much better than expected, and light years ahead of what we last saw at Kansas. If he can stay on the court, he is going to be a star in this league for a long time. But that’s where the uncertainty comes in: can he stay healthy?

Embiid was supposed to have knee surgery during the offseason, but apparently that couldn’t wait. The big man had surgery to repair a torn meniscus. He should be more than ready to go by the time next season begins, and the team has hinted that they will not play him in Summer League this year.

Embiid should be able to transition to full weight-bearing workouts in about two weeks, according to a statement from Dr. Neal S. ElAttrache, who performed the surgery in Los Angeles.

The 23-year-old rookie has had a long history with injuries in his short career. It was announced March 1 that he would miss the rest of the season.

“He deserves some luck,” 76ers coach Brett Brown said before Friday’s game against the Chicago Bulls. “He’s been through a lot, and he’s a different person than his first injury.”