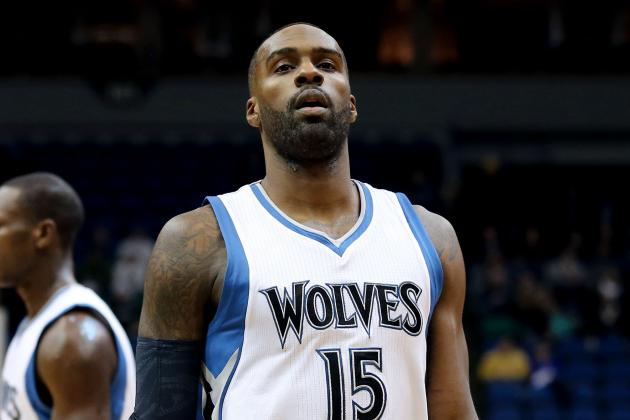 The Wizards have been one of the three best teams in the NBA since the calendar year hit 2017. As a team that was 7-13 on December 6, it is now 34-21 and in 3rd place in the eastern conference.

While their talented starting lineup has gotten healthy and found their groove and chemistry with John Wall, Bradley Beal, Otto Porter and Markieff Morris who are playing some of the best basketball of their careers, the Wizards still have one of the worst benches in the NBA. They need a little more reliability or scoring punch than Trey Burke, Tomas Satoransky and Kelly Oubre. Now that they missed out on the Lou Williams sweepstakes (do the Rockets really need another ball dominant, shoot first guard?) it appears they have set their sights on Shabazz Muhammad.

According to @ESPNSteinLine, the Washington #Wizards are interested in trading for Shabazz Muhammad: https://t.co/FWKPXhDJL0 pic.twitter.com/l4iJqnov9j

Muhammad is an athletic and physical scoring presence that is perfect for a bench player. He can provide an offensive boost and some shooting on their second unit. He is averaging 9.2 points and 2.9 rebounds in just under 20 minutes per game in Minnesota and has made himself into a very good three-point shooter at 41.4% this season.

With his frame, he could really play anywhere from the two guard to a small-ball four against certain lineups and would add much needed depth to a Wizards team that suddenly sees an opportunity to legitimately contend in the eastern conference.

If the Wizards are willing to deal any sort of future 1st round pick even with any sort of protection level, the Timberwolves should pounce.

We know the Wizards are not shy about dealing 1st round picks for established veterans such as Marcin Gortat and Markieff Morris, don’t be shocked if they do it again.