Orlando Magic Have Expressed Interest in Trading for Goran Dragic

admin January 13, 2017 Rumors No Comments on Orlando Magic Have Expressed Interest in Trading for Goran Dragic 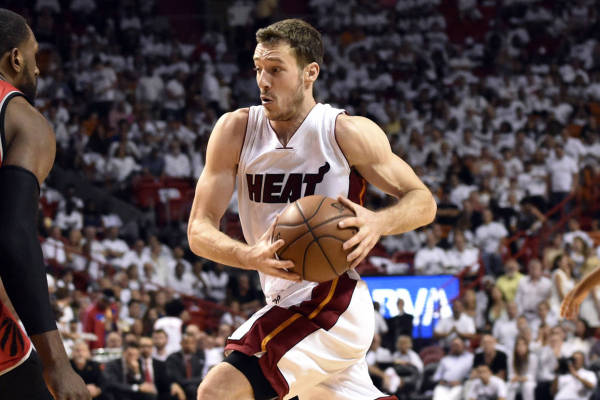 The point guard market in the NBA is weird. It’s one of the deepest positions, which inherently drives down the value of available point guards, yet it’s such an important position that if you don’t have a starting-level stud at your disposal, you should be willing to mortgage the farm to get one.

Enter Goran Dragic, who is believed to be on the trade market with the Miami Heat in the early stages of a rebuild. Very few teams would ostensibly be willing to shell out entire asset troves to get him, but there are a select few squads that you can envision doing so because he’s on a pre-cap-boom contract, and because the suitors in question desperately need a point man.

The Orlando Magic could be one of these admirers, according to ESPN.com’s Zach Lowe:

Flipping Dragic for future assets was their most obvious path to the bottom, but Miami’s injury situation has gotten so ugly, they don’t even have to do that! They’re 11-29, ahead of only the Nets. Teams will express interest in Dragic ahead of the trade deadline — a bunch, including the Magic, already did, per league sources — but Miami can hold out for a hefty return. They gave up a ton for Dragic, and they’d need to save face in any teardown trade.

Orlando still wants to chase a playoff berth, and its faith in Elfrid Payton is clearly wavering. Offering the Heat Aaron Gordon, Jeff Green as filler and Payton probably gets the conversation started.

But the Magic are light on small forwards, so they arguably need one of Green and Gordon—each of whom is better at the 4, by the way—to soak up time there. If they’re ready to start playing Mario Hezonja more, both could become expendable, or they can try flipping Hezonja as part of the deal. But he doesn’t help as salary filler while on his rookie-scale deal, nor is he someone who would prevent them from having to include Gordon.

In a perfect world, the Magic would be able to use Nikola Vucevic’s contract as bait to get a guard. But teams aren’t flipping point men for traditional bigs, and that goes double for the Heat, who have Hassan Whiteside already in tow.