admin January 13, 2017 Blogs No Comments on Derrick Rose Reiterates He Wants to Remain with New York Knicks Beyond This Season 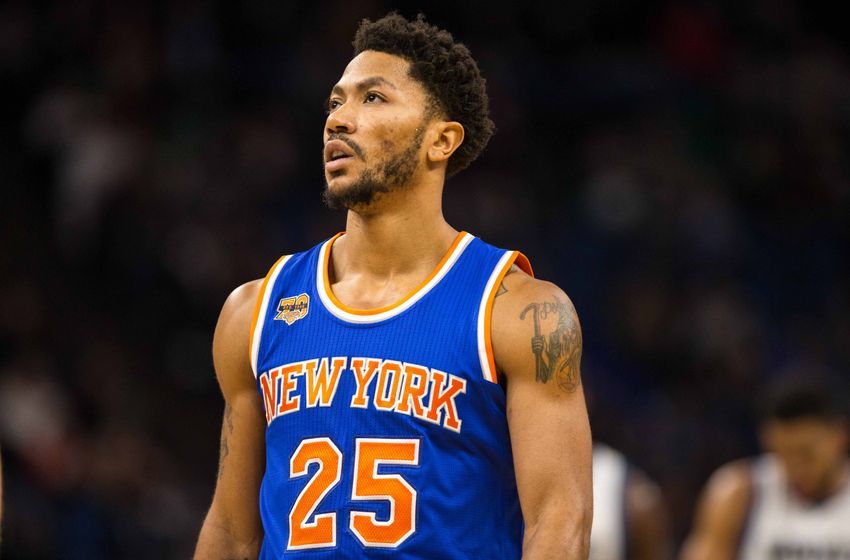 It hasn’t affected his desire to remain in New York beyond this season, either.

Derrick Rose hopes that his decision to leave the New York Knicks on Monday without initial explanation doesn’t impact how the club views him in free agency this summer.

“When I was in the room I felt like they understood where I was coming from,” Rose, a free agent this summer, said of Knicks management. “I hope one incident didn’t change their minds. Who knows? This is a business and if it was to happen I’m still going to play the way I normally know how to play no matter where I’m at.”

The Knicks have been publicly supportive of Rose in the wake of Monday’s incident.

“Right when I came back, I felt nothing but love,” Rose said. “I apologized to them and like I said, it eases everything when they understand.”

The Knicks know more about Rose’s situation than we do, so perhaps the reason he left—a family issue involving his mom, per multiple reports—was good enough for them to move on.

But this particular issue isn’t the problem. At least, it’s not the biggest problem.

Rose wants a max or near-max deal this summer, and he’s not a max or near-max point guard. The Knicks cannot justify funneling a nine-figure investment into someone with his injury history, especially when he doesn’t shoot threes or play good defense.

If the Knicks are going to shell out max- or near-max cash for a floor general, they should look to Kyle Lowry, Jrue Holiday and Chris Paul. And if those options burn them, they’re best looking to the draft, because while Rose has become important to their offensive success, he just doesn’t move the needle enough to come back at anything less than a steep discount.