Dallas Mavericks Get Their Granny On

Anou Enright September 13, 2016 Offbeat No Comments on Dallas Mavericks Get Their Granny On 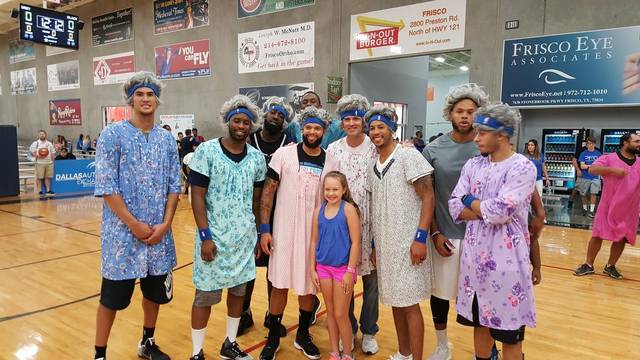 There isn’t a whole lot going on from August to October, the NBA off-season. Most players are traveling, doing charity work and preparing themselves for the rigors of another marathon of a season.

Mavericks Point Guard Deron Williams and his teammates have decided to spend their free time in an interesting manner to say the least…by dressing up like old ladies and playing some good old, dodge ball.

Williams started his own non-profit organization along with his wife in 2007, called the Point of Hope Foundation. The foundation raises money and raises awareness for Autism and single mothers who are trying to raise families.

He and some of his teammates held a charity dodge ball tournament in Dallas this weekend and there are quite a few hilarious and highly entertaining photos and videos of Williams and his teammates in full old-school granny garb.

Unfortunately sources confirmed that Uncle Drew was not in attendance, but Larry Johnson aka “Grandmama” would be proud.

Real Question: Was Grandmama more famous than Larry Johnson / the ONLY reason we al loved the Charlotte Hornets? pic.twitter.com/ZhZhiGHNeV