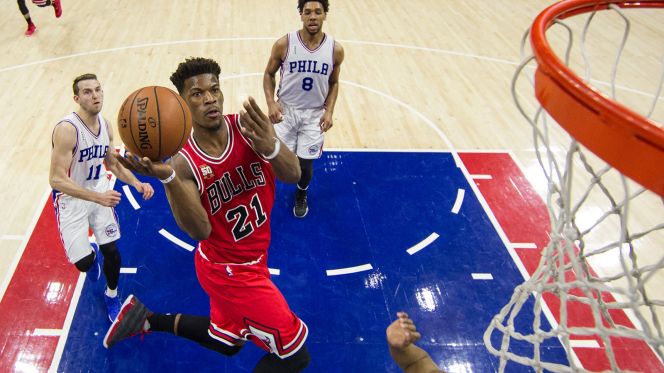 Some good news came out of the Chicago Bulls morning shoot-around in preparation for their game against the Raptors Monday night.

Butler told Chicago Tribune reporters that you have to “risk it to get the biscuit” in discussing his need to be back on the floor for his team. The Bulls are currently sitting at 32-32 and 9th in the east, Butler said he wants the Bulls to win their final 18 to ensure they make the playoffs.

Butler also recently graced his first magazine cover, as he is the cover athlete for the most recent edition of Slam Magazine.