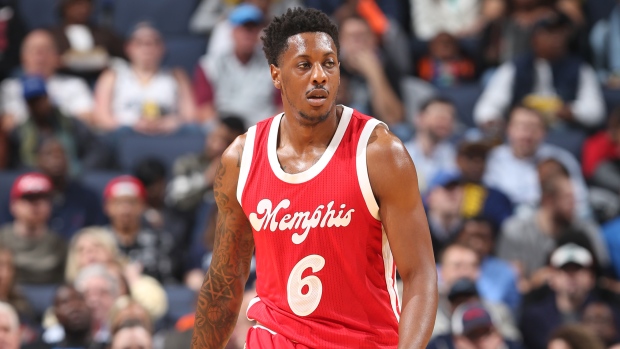 The Grizzlies’ Mario Chalmers sustained a leg injury Tuesday night and it turns out that he has suffered a ruptured Achilles and his season is over.

To add insult to injury, the Grizzlies followed up that news by waiving the 29 year old PG. What a terrible turn of events for Chalmers who was once one of the more high-profile point guards in the league. It’ll be interesting to see if and where he lands next.

The Memphis Grizzlies today announced that guard Mario Chalmers will miss the remainder of the 2015/16 season after rupturing his right Achilles tendon in Memphis’ 116-96 loss to the Boston Celtics Wednesday at TD Garden and the Grizzlies subsequently waived Chalmers.

“Mario did an incredible job for us since coming to Memphis,” Grizzlies General Manager Chris Wallace said. “Right from the start, he embraced his change of scenery and endeared himself to his teammates and coaches on the court and the Memphis community off of it.”