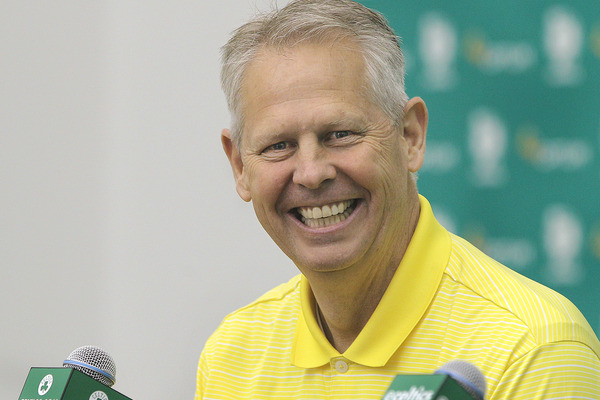 Ainge is such a staunch supporter of the popular chain he will regularly have dinners or lunches with draft prospects, free agents and other NBA personnel instead of a fancy restaurant. In fact he may even eat there as much as 10 times a week.

“I have to admit, there are days I eat there twice,” Ainge said. “I just like Chipotle.”

If you ever wondered if Danny Ainge was a burrito or burrito bowl guy you have your answer, he opts for a burrito bowl with double chicken and vinaigrette and orange dressing.

.@danielrainge when the @Celtics win their next game, should we pour our vinaigrette on you? https://t.co/NkJD6KPUdY

The next time a Boston-area Celtics fan wants to have an opportunity to give their two cents on how they feel Ainge should build the roster, all they need to do is go to their nearest Chipotle between the hours of 11 am and 9 pm and they’ll have a decent shot to see him.

Marcus Smart Could be Cleared by Late April