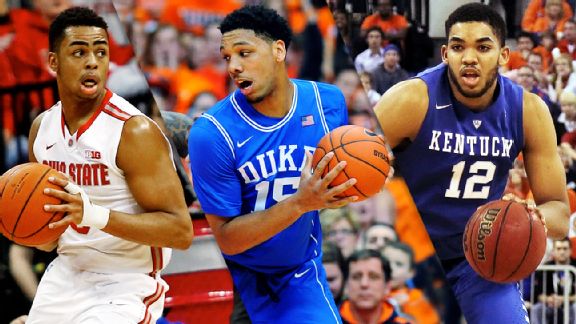 After a thrilling NBA Finals, the very deep 2015 NBA Draft is suddenly upon us as teams are coming up with last minute updates on their Draft boards, hoping to snag the next big thing out this year’s crop of potential superstars.

Always interesting of note is which prospects the Association decides to invite to the “Green Room” every year as they anxiously wait to hear their name called by their new team.

This year, upwards of 20 players will be invited to the “Green Room”, most namely 4 University of Kentucky players, 3 stud freshmen from National Champion Duke Blue Devils, and 2 players from National Runner-up Wisconsin Badgers. The invitees also include 3 International players, all of which are expected to be taken in the Lottery.

Kentucky could have 7 players taken in this year’s Draft, with potential top overall selection Karl Anthony Towns, as well as Willie Cauley-Stein, Trey Lyles, and Devin Booker all scheduled to be in attendence.

International prospects Kristaps Porzingis, Mario Hezonja, and Emmanuel Mudiay, who played one season in China following a stellar HS career in Texas, could also be instant impact players sitting in this year’s “Green Room.” Hezonja may be the only one not able to attend because he is still playing for his team FC Barcelona in the ACB Spanish League Finals.

Which “Green Room” invitees will be waiting the longest to hear their names called on Draft day?