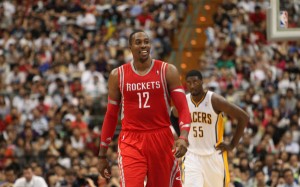 Dwight Howard chose to sign with the Houston Rockets over the summer. He did not, however, almost sign with the Dallas Mavericks.

Following shoot around on Monday at the Toyota Center, Howard was asked if his free-agency decision came down to two teams—the Rockets and Mavericks.

“No,” he said, according to the Star Telegram‘s Dwain Price. “No sir.”

Did the Mavs come in third or fourth on Howard’s list of preferred destinations?

“It doesn’t matter now,” he replied.

I swear, if this whole NBA superstar thing suddenly stops panning out, Howard’s diplomatic deflections would enable him to become a fine politician. Always answer the question, without ever answering the question. That’s what his motto should be this season.

Though Howard is right; it doesn’t matter now. Free agency is nearly four months in the past. What’s to be gained from saying that he almost signed with the Mavericks? Especially when they play in the same state as his current team?

Copping to such an event only opens Howard to even more criticism, and he’s had enough of that to last him a career. Or a lifetime. Rockets fans love him at the moment or at least, they should. He hasn’t done anything to betray their trust or piss them off. Next to James Harden, he’s a savior. The next step in Houston’s quest for a championship.

Admitting that he almost signed with the Mavs wouldn’t destroy his Houston-based image, but it’s certainly not going to help it. The time to discuss his free agency was during free agency, not after the fact. Had he said it’s between the Rockets and Mavs in July before he made his decision, then yeah, it’s different. This is almost one-third of a year later. It’s time to let it go. Indulging this series of questions even further would have came off as Howard satiating his ego, his need for attention. Kudos to Superman for not getting wrapped up in it. 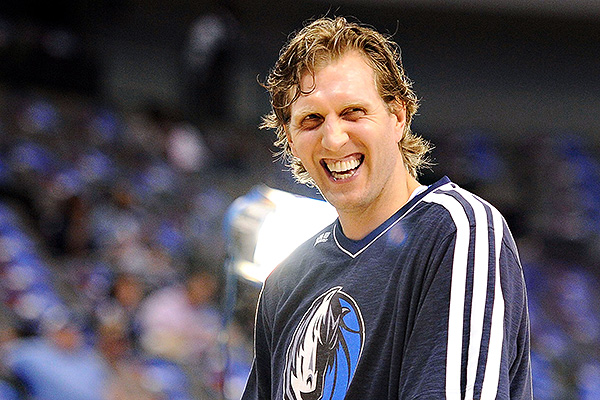 “Dallas was very intriguing,” Howard did say. “Mark and Dirk were great salesmen.”

More diplomacy. Gently putting down the Mavs without insulting them too much. Wow. This side of his latest decision, Howard is a conversational wizard. Two years ago, he would have sang like a canary and perhaps ridiculed both Mark Cuban and Dirk Nowitzki. He might have even challenged both of them to a chicken fight at his water park of choice.

This was better, because it saves him the headache of listening to Cuban’s long-winded response, only to have to respond himself. And so on and so forth. It also saves face—for the Mavericks. In my head, there’s no way he almost chose the Mavs. The Golden State Warriors, Atlanta Hawks and Los Angeles Lakers all presented better situations. Dallas had but one aging superstar to sell him on; every other team had a younger core (Hawks, Warriors) or multiple stars and grandiose free-agency plans (Lakers) to sell him on.

Dallas had Dirk. A few years ago, he might have been enough. Now 35 and coming off a campaign where knee injuries limited him to 53 games, he’s not nearly as appealing on his own. Bear in mind that the Mavs have been striking out in free agency annually, too. Other than the “We hope things will be different, Dwight,” they really couldn’t say much else on that front.

So no, this didn’t come down to an intra-city race. The Lakers or, my personal favorite, the Warriors were likely higher on his list. But Dwight, like that poor-possessed girl from Don’t Say A Word, will never tell. Because he doesn’t have to. More than that, he’s smart enough not to.