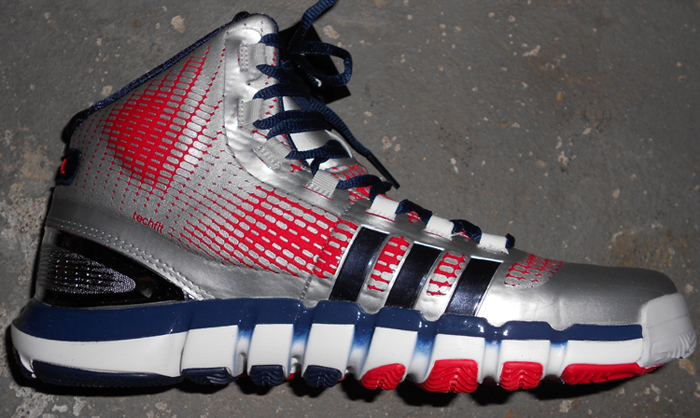 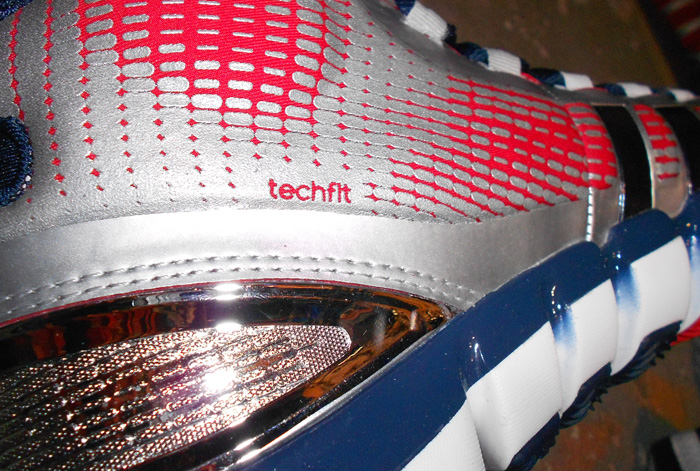 The flagship feature from adidas on the Crazyquick is the flexable midsole designed to make your first step as fast as possible; quick if you will. There are four points on the Crazyquick outsole which are designed for different things. Called Quick Zones, the categories they are divided into are the toe zone, forefoot zone, midfoot zone, and heel zone; each working with each other to achieve maximum traction and mobility.

If the lack of holes in the Techfit upper construction has you worried about having extra hot feet during gameplay, adidas has you covered by integrating a moisture-wicking system designed to disburse heat & moisture evenly throughout the shoe.

Sprintframe tooling works the midsole to help keep your foot still during gameplay; a reason why having a stitched square pattern throughout the entire inner lining is practical and not a gimmick or for just design. 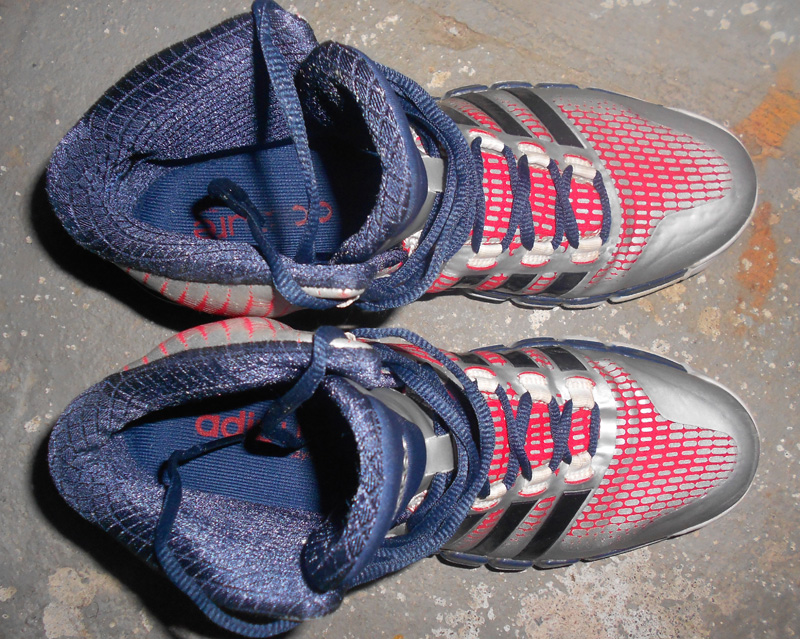 Because of the one piece Techfit upper, getting the shoe on isn’t the easiest thing at times. I wish the Crazyquick, along with every other basketball sneaker, had a pulltab on the heel; that would have been very useful to a sneaker that already takes added effort to put on.

The amount of rubber used on the bottom of the sneaker is deep enough to give you what feels like added height when you first wear them. 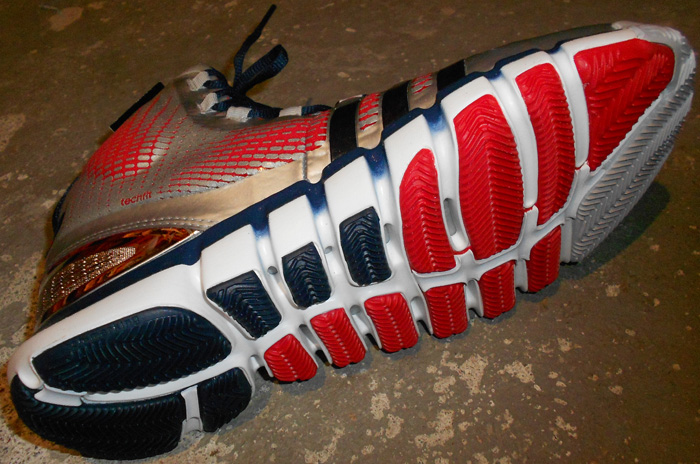 Because of the narrow opening on the upper, it isn’t the easiest thing getting your foot into the sneaker. Once you get your foot into the Crazyquick however, the almost compression feel that comes from the Techfit upper is most appreciated.

Running and quick cuts are the selling points of the adiPure Crazyquick, but the most unsung hero of this shoe is how comfortable it is. Unlike some adidas basketball sneakers, the Crazyquick performs great on court and is comfortable without sacrificing cushioning.

While on foot, the heel has a stiff feeling and works well with the Sprintframe to prevent your foot from moving inside of the shoe. It is easy to forget that you are wearing the Crazyquick during a game largely due to the way the sneaker flexes to match your natural foot movement. 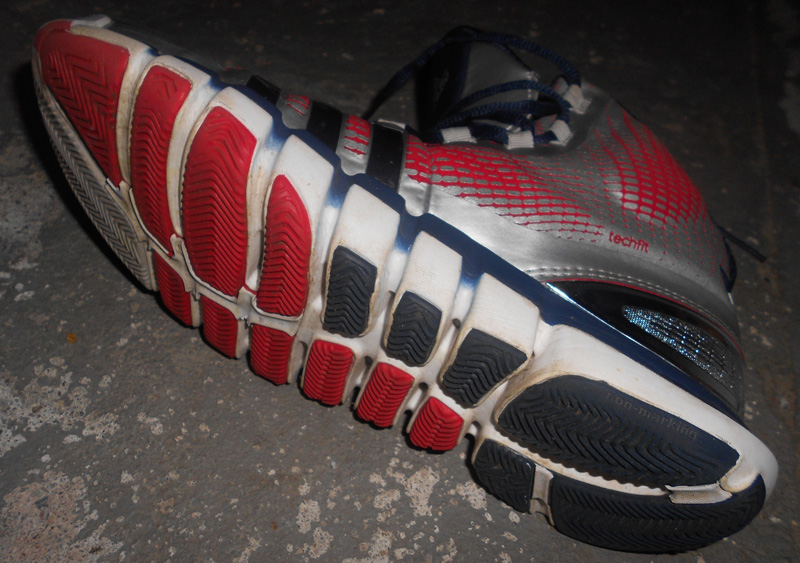 Having an upper made entirely from the Techfit material makes for a strong, light sneaker, but not the most ventilated.

The rubber compound used on the Crazyquick to make up the traction pattern will not last as long if used only outdoors. Even though the traction doesn’t differ much when making the transition from cold hardwood to hot cement, playing the majority of my games in any shoe is outside, and the blacktop has done work on the outsole. For me, traction went the fastest in the Toe Zone and slowest in the Midfoot Zone. Being the type of player (when not playing lazy) that relies on speed to put me in a scoring position, I live on my toes so that was to be expected. It should be noted that even now with a more worn down outsole than the testing period, I never experienced loss of grip on the court.

After multiple games run outside, the once-deep rubber herringbone outsole pattern finds itself filed down but that doesn’t mean that traction is lacking. Sneaker outsoles become worn down after intended use no matter what, that process just happens on the Crazyquick is just much faster. This wearing down happens due to extended outdoor play, those looking for a strictly indoor sneaker will not have to worry about this.

There is a problem with the laces coming untied during play, which is to be expected in sneakers that have an external lacing system instead of having the eyelets incorporated into the upper instead of just attached. This is easily remedied by looping the last hole through the top down instead of up

The Sprintframe heel counter & midsole system has been a constant in recent performance adidas basketball sneakers which is a good thing as it has led to a perfected version on the Crazyquick.