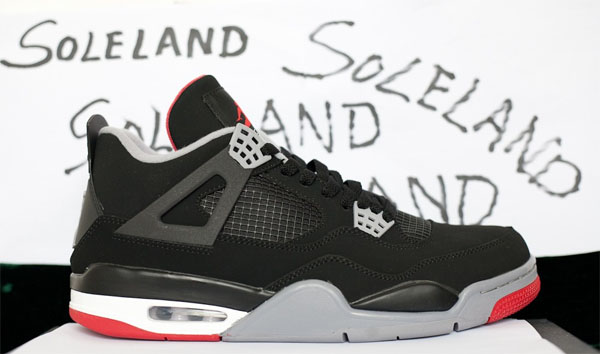 Every year Jordan Brand chooses a Retro silhouette or two and makes them the focal selling point of that particular year.  This year it is clear that 2012 belongs to the Jordan IX & Jordan IV.  With the Jordan IX really making its presence felt in the latter half of the year, we’ve been treated to multiple classic pairs of the Jordan IV like the ‘Military Blue’ and ‘Fire Red’ editions. As possibly the last Jordan IV of the year, late November brings the return of the Black/Red Jordan 4.

One of the original colorways from 1989, a black upper made from nubuck features a black & white midsole and has Cement Grey on the outsole cap, inner lining, plastic lace stays, and branding.  The ‘Bred’ IV made our list of the top 6 pairs of Air Jordan Retros releasing in the second half of 2012.

With a Black Friday release all but confirmed, our friends over at Sole Land has a few sizes for sale already months ahead of schedule so it you’re looking to be the first around with a pair check out their webstore HERE. 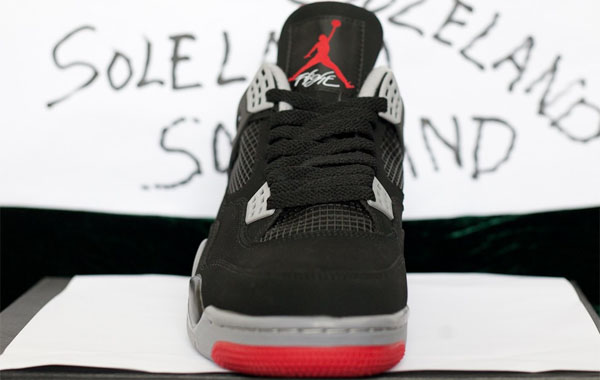 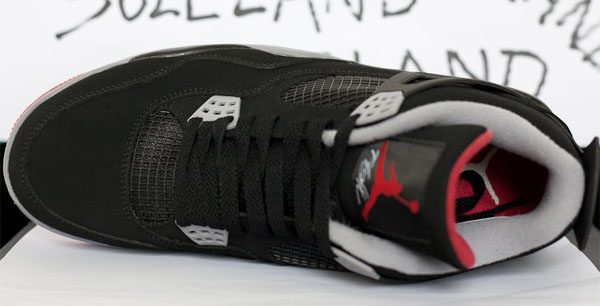 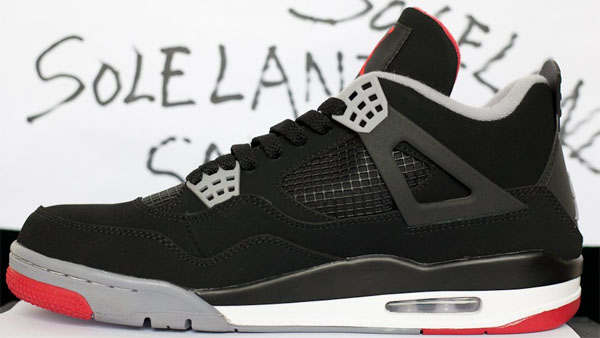 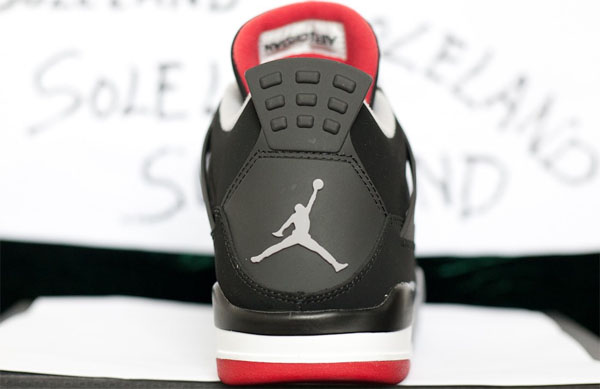