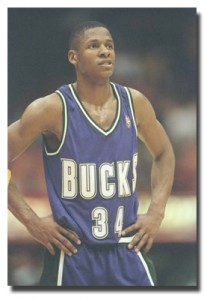 There was a time when coming across player exclusive sneakers meant that you knew someone close enough to the player to get the shoes off their feet. It would be apparent who the pair belonged to and you wouldn’t be able to wear them unless you shared a shoe size with that athlete.

Since the Jordan Era-Bulls, it wouldn’t be uncommon to see other players rock special colorways of the Air Jordan or Retro Jordan that was in circulation at the time. One player who never was given his own signature sneaker but was the definition of a Jordan Brand player is Ray Allen. Back in 2002 when the Air Jordan VII was first given the retro treatment, these were constructed for Sugar Ray.

High quality black tumbled leather is used throughout the upper, with wing accents seeing a purple and white to make up the Bucks-inspired colorway. Allen’s then number (34) is seen on the inside ankle wings instead of replacing the “23” seen on the back of all Jordan VIIs; Olympic VIIs excluded.

The pair pictured is size 14 (Ray Allen’s size), deadstock, and available for purchase on eBay here. 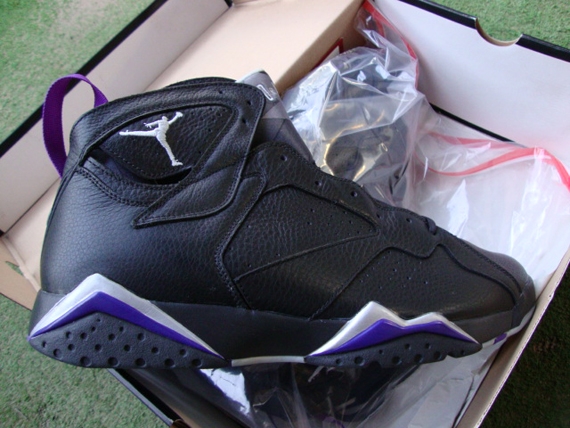 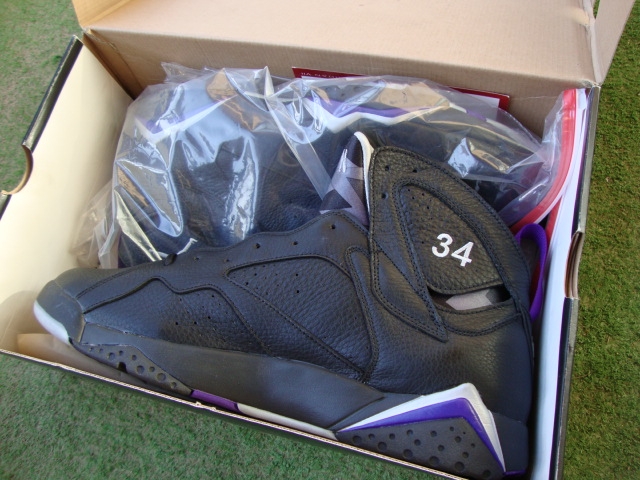 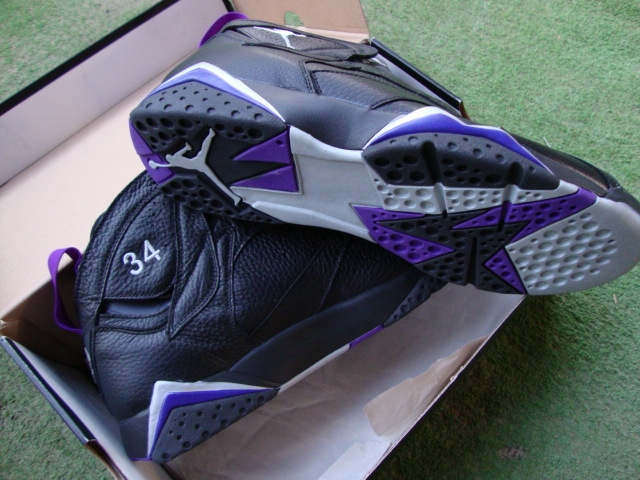 Milwaukee Bucks Have Interest in Trading for Hassan Whiteside