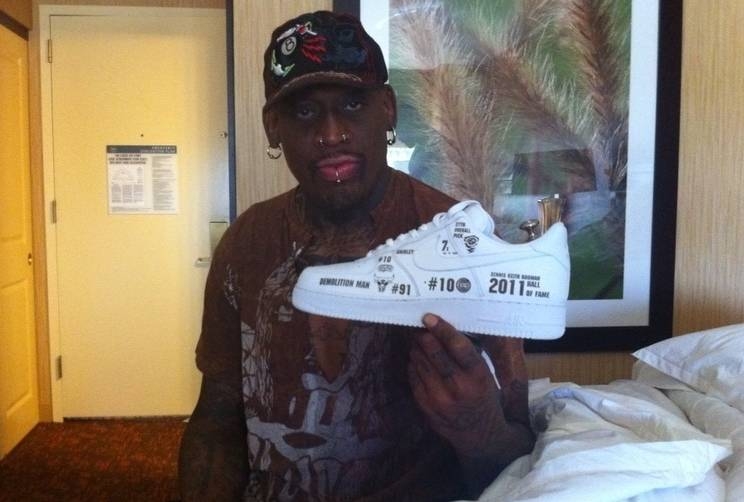 Today Dennis Rodman prepares to be inducted in the NBA Hall of Fame today over in Springfield, Massachusetts and in celebration of this achievement Rodman was given a pair of custom lasered Air Force 1s. This pair of ‘white-on-whites’ gives a quick glimpse into the various parts of the New Jersey native’s life with such things as his player number next to a Chicago Bulls and Detroit Pistons logo, various high stats from his career, and the name of his three children.

Yesterday we looked into The Worm’s HOF transporation options and given Rodman’s nature who knows if that is set in stone. Do you think these sneakers are Hall of Fame-worthy or too bland of a monument for a player such as Rodman? Let us know in the comments below. 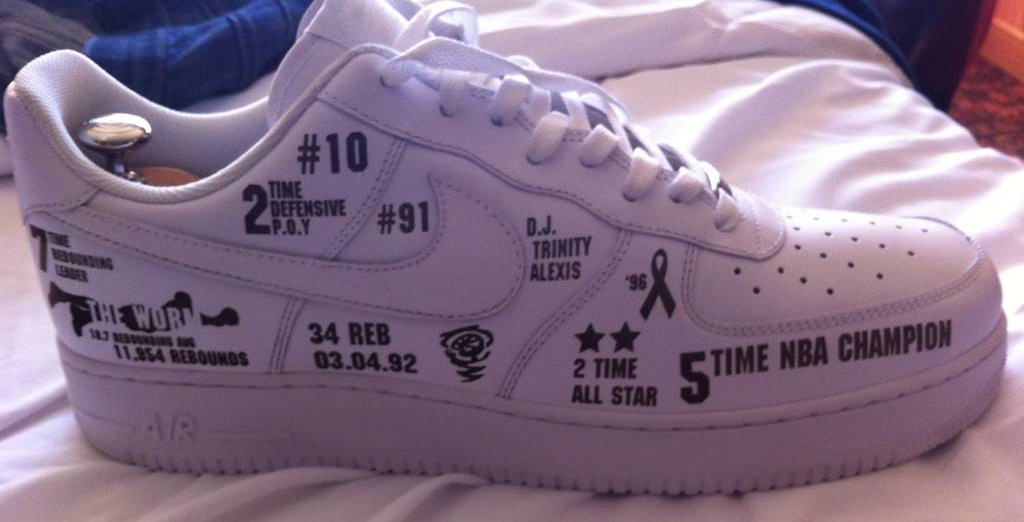