Scottie Pippen: “LeBron May Be the Greatest Ever”

Anou Enright May 27, 2011 Blogs, Kevin Burke 16 Comments on Scottie Pippen: “LeBron May Be the Greatest Ever” 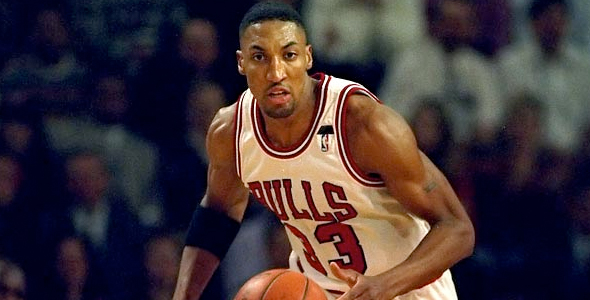 Yes, you read that correctly. About an hour ago or so, Scottie Pippen was a guest on ESPN’s “Mike and Mike in the Morning” where he was interviewed by Mike Greenberg and Chris Broussard about the Eastern Conference Finals. Scottie is still plenty involved with the Bulls so he follows the team very closely. He was asked by Greenberg and Broussard to give his thoughts on LeBron James‘ performance in the series. I couldn’t believe my ears when I heard him utter the words you’re about to hear. Not that I think he’s far off because LeBron is definitely one of the most complete players ever, but the man played with Michael Jordan. This comment by Scottie Pippen single-handedly puts LeBron back in the “greatest ever” conversation that so many have excluded LeBron from as a result of him going to Miami. This comment is a slap in the face to the real GOAT who helped Scottie earn some significant jewelry. I’ll stop typing now. Listen for yourself: