Brandon Ribak gives his take on the Top 10 Final Year Contract Players, providing a fantasy outlook on each player for the upcoming 2010-11 season. 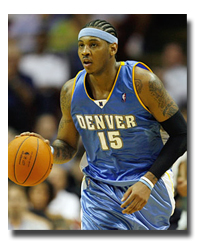 Prediction: Get traded or test free agency next season

2010-11 Outlook: Anthony has been a hot name this offseason and a trade could be looming. Regardless of where Melo ends up, his fantasy production should continue to steadily increase considering he is just now entering his prime.

2010-11 Outlook: After missing an entire season and mulling retirement,  Yao Ming will return to the courts for the start of the 2010 NBA season. At the age of 29 Yao can still dominate the fantasy charts and if he can remain healthy for the entire season the 7’6″ center will emerge as a top fantasy player once again.

2010-11 Outlook: Parker fell short to injury last year and averaged his lowest scoring numbers since the 03-04 season. The speedy point-guard is fully healed and should return as a top fantasy point-guard in the league, that’s if George Hill doesn’t cut into his playing time. 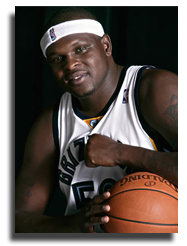 2010-11 Outlook: Randolph ranked second in the league in double-doubles last season (only behind Dwight Howard) and was one of only three players to average 20+ PPG and 10+ RPG.

The power-forward has been a double-double machine ever since getting the starting nod on Portland back in 2003. If “the blob” can stay healthy for a full season he will rank as a top five fantasy power-forward this year.

Prediction: Re-sign with Hawks or get traded

2010-11 Outlook: The reigning Sixth Man of the Year has requested to be traded if the Hawks are not willing to offer an extension. Crawford averaged 18 PPG last season on 44.9 percent shooting from the field and 38.2 percent from beyond the three-point arc (ranking 7th in the league in 3PM).

Since Crawford is in the midst of his prime, the sharp-shooter should maintain his production no matter what jersey he wears next season.

2010-11 Outlook: Butler was traded to the Mavericks last year and played the final third of the season with the club. In that time his production took a noticeable hit as he went from averaging over seven shots per game to under six. In addition, Butlers points, rebounds, and assists averages dropped.

Being on a team composed of Nowitzki, Terry, Marion, Kidd, and Haywood, you can expect Butler to post similar numbers to the 27 games played with Dallas last season.

2010-11 Outlook: With Amare Stoudemire out of the picture, J-Rich should be able to improve upon his averages from last season. Hedo Turkoglu was acquired via trade this offseason and with him and Nash handling the rock, Richardson will get much more open looks from the three-point line. 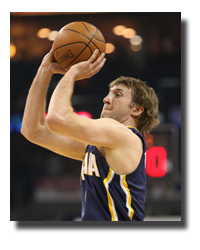 2010-11 Outlook: Murphy was dealt to the Nets in a four team deal this offseason. Teaming up with Brook Lopez in the front-court will inevitably take a hit in Murphy’s rebounding production, but not by much. Expect the power-forward to average similar numbers to last season with a slight decrease in points and an increase in field-goal percentage.

Prediction: Re-sign with Pistons or get traded

2010-11 Outlook: Prince had a down season last year and trade talks about him getting dealt have been heard throughout the offseason. With Ben Gordon and Charlie Villanueva set to prove doubters wrong this season, expect Prince’s stats to remain along the same line as his career averages.

2010-11 Outlook: K-Mart is rehabbing his left knee after getting surgery this offseason. Martin does not have an exact timetable and is expected to miss “significant time” this season according to the Denver Post. The power-forward is an obvious injury risk and should not be drafted until the late rounds of your draft.

Brandon Ribak is a 20 year old college student attending school at the University of Central Florida. He is the owner of NBAPrimetime.com and hosts his own NBA radio show every Friday from 2-4 pm EST streaming live on Knightcast.org. Brandon can be reached at [email protected]