How Necessary is it to Play NBA Games in London?

Anou Enright August 18, 2010 Blogs, Kevin Burke 5 Comments on How Necessary is it to Play NBA Games in London? 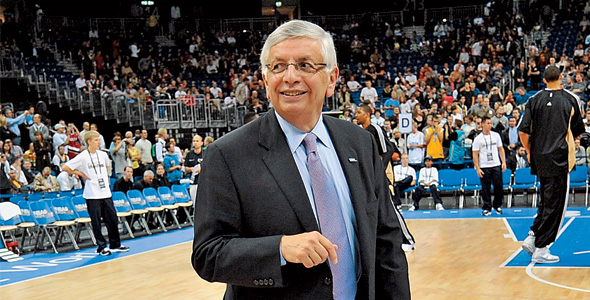 David Stern is the consummate business man. He is constantly trying to improve his product and make the NBA more appealing. He is to be commended for that. But are all of the ideas for improvement necessary? Last week, Stern and the NBA announced that the Toronto Raptors and New Jersey Nets will play two regular season games this upcoming season on March 4 and 5 at the O2 Arena in London. This may end up being an annual occurrence.

“We’ll need to assess how we do in March. It would not surprise me if this becomes an annual event. But I don’t want to make a commitment on it”, says Stern regarding this initiative.

This is not to mention that this will be the fifth year that the NBA plays pre-season games in Europe as part of the NBA’s preseason Europe Live Tour. The Knicks, Lakers and Timberwolves will take part this year. However, Stern wanted to play a meaningful, regular season game before the 2012 Olympics arrive in London. Well, here we are.

I don’t understand the necessity of this. It’s not as if the NBA isn’t known in Europe. The best European players are either in the NBA or are on that track. They know about the league. An initiative like this would be good to boost awareness but I don’t think the league can get any more popular in Europe than it already is. You could argue that the fact that the best European players are in the NBA because it gives them the best chance to make the most money. True, but then again some decent NBA players have done the reverse for the same reason.

Not only are they playing two games overseas, but the teams that will participate will be the Raptors and the Nets. Two teams that missed the playoffs last year and will probably do the same this year. Neither team really has a superstar whose name rings internationally. If they were going to go through the effort of doing this, why not have teams with star power? I realize that this is also an attempt to sell more NBA merchandise overseas but for some reason I don’t think Sonny Weems and Brook Lopez jerseys will be flying off the racks over there. I would understand it more if the Lakers and Bulls met in London, for example. Or any two teams from major markets. If that were the case, I may feel a little differently on the matter.

These games will obviously count as a home game for each team. The Raptors actually missed the playoffs by one game last year. The importance of home court cannot be understated in sports. What if they miss the playoffs by one game again and people point to the games in Europe that caused them to play sluggish because of travel, and subsequently lose those two games (hypothetically speaking)? That wouldn’t be good. My point is that each game on your home court is very important and this takes away from that.

This is definitely a good intentioned initiative by Stern. I get that, but I don’t know that it will make his league any more popular or lucrative. Basketball is already a global game and you could argue that it is the world’s second most popular sport (I’ve heard that argument). Perhaps I’m a traditionalist in my views and I’m an old school basketball type of guy, but I just think the league could do without it. Stern has also been vocal in the past about adding NBA teams in Europe. Usually when he’s determined to do something with his league, it happens, so I think it’s only a matter of time. I’ll personally be interested in seeing how long that lasts.