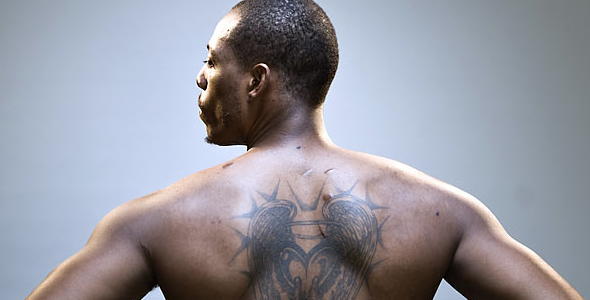 To say that the LA Lakers and the Boston Celtics are one of the most heated rivalries in NBA history is an understatement. These two teams have met more times in the NBA Finals than I have fingers. But to have a heated rivalry you really need the current rosters to have met and collided on the NBA’s greatest stage before. And they have. Just two years ago, and the Celtics were victorious.

So far the player’s comments to the media have been fairly benign, no one wanting to make guarantees or ruffle any feathers this early, before the series even starts. But that hasn’t stopped the respective LA vs. Boston beat writers from getting the action started.

Ted Green of the LA Times this week caused quite a bit of anger in Celtic Nation by writing some very distasteful comments about Paul Pierce in a “Guide to hating the Celtics” post that was surprisingly run by the Times unedited. The comment that had everyone’s ire however was about Pierce’s multiple stab wounds (11) suffered to his face, neck, and back in September of 2000 that almost claimed his life. The comment was:

“Paul Pierce’s idea of a fun night is going clubbing and getting stabbed. Good times!”

This sort of comment has no place in sports writing, and although i’m not a fan of either the Celtics or the Lakers, I am appalled that the Times ran the story with the comment in tact. Sure once the blogosphere and other media outlets jumped all over them for it, they removed the story. They have since reposted the story but just removed that single comment from Green.

Ted Green himself upon sober second thought has apologized for the comment, but i’m not sure that is good enough.

Speaking on the Planet Mikey Show Monday night, KTLA’s Ted Green said that he should “probably apologize for” the line he wrote referencing Paul Pierce’s stabbing in his column for the LA Times.

“That one was something I probably should apologize for. That one was not only too close to the line, but maybe over,” Green said. “The truth is I think Paul Pierce is a very, very good player. A Hall of Fame caliber player. I probably shouldn’t have gone to the stabbing card.” {via}

We’ll keep you posted as we monitor to see if Paul Pierce has anything to say in rebuttle. But don’t hold your breath, as he likely will not even both replying to such an asanine comment. Paul Pierce is a professional in every sense of the word. He is focusing his attention on winning his second CHIP, he’s got no time for immature comments by LA sports ‘journalists’ if that what you would like to call Green.