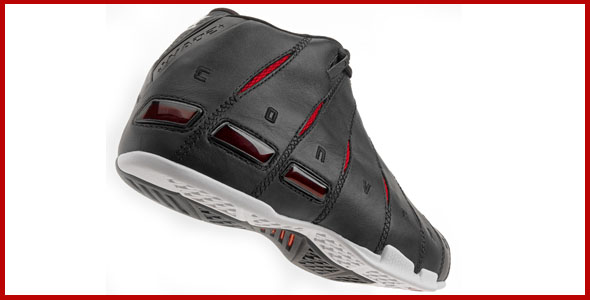 Many of The Hoop Doctors readers have told us how much they think Dwyane Wade deserves the MVP award this season for his brilliant play in 2008-09. Well it seems Converse thinks so too…

To celebrate this historic season, Converse will reissue a limited amount of the WADE 1. The WADE 1 was first launched before the 2005-06 NBA season and was the first-ever signature shoe for Dwyane Wade. He wore the shoe during a breakout NBA season where he led the Miami HEAT to their first-ever NBA championship and recorded the third highest scoring average in the NBA Finals with 34.7 points per game.

The WADE 1 features “.08” displayed on the inner heel to reflect two game-winning shots in his first two NBA season seasons. His number “3” is shown on the shoelace eyelets and his name appears on the back and top of the shoe. Functionally, the shoe enables Wade to play at the top of his game with a Foot Strike Management System, internal sock liner and heel stabilizers.

There are only a limited number of these babies available though, so if you loved the Wade 1, then you better get yours fast on April 10th, before they sell off for good.