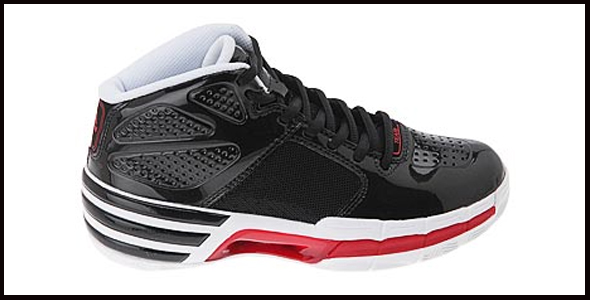 We did a review of the adidas TMAC TS Creator’s in the fall. It was no secret that we absolutely loved them cosmetically and for their great performance. I personally use the TMAC Creator’s as my ‘game’ kicks, but not when I go for that weekend run at the YMCA’s for about 3-5 hours of burn. Why? Because the padding of the soft interior and full patent leather on the uppers make my feet sweat like crazy if I put in more than a couple hours in the gym.

So it was almost as if the adidas sneaker designers read my mind when they designed the new adidas Mad Clima’s. They are named after the adidas 360 degree ClimaCool system on the uppers and mid-soles for cooling and ventilation. They also have used a mesh material for the interiors to add to the breathability. But not to worry as they still have all the same interior padding that made us love the comfort of the TS Creator’s.

The Mad Clima’s were released by adidas in time for the March Madness NCAA Tournament with colorways for UCLA, Kansas, and Louisville. But if you aren’t really into reppin’ one of those College teams, not to worry as adidas now has released the Mad Clima’s in various other colorways, including the photos here of the Black, Red, and White colorway of the pair I have.

I have given these babies a good run this week, using them in pick up games on the hardwood, and on a composite rubber floor at one of my local YMCA’s. The soles have great traction on both, allowing you to stop on a dime or give your opposition a nice cross, without having to worry about slippage. And as stated above the added breathability of the ClimaCool and the forefoot ventilation on the bottom by the toes, really cut down on foot sweating. This was good news for me, as my girlfriend normally makes me keep my sneakers outside in the garage after a good run. No one wants that, right?

Ankle support was great as the cut isn’t too low, but they also are super light just like the Creator’s enabling you to really move out there and get up on the rim without being weighed down. But no shoe is perfect right? If I have any complaint’s at all, it is the shine on the patent leather uppers. It is sort of a preference thing, and i’m not really feelin’ that. The only other comment I have about the forefront ventilation system on the toe is that if you ever make a quick run from the gym to your car and it’s raining out, you better avoid even the smallest of puddles or you’ll end up with a ‘soaker’.

Since we gave the TMAC Creator’s a 4 out of possible 5 stars, i’m going to definitely have to give these babies a 5 out of 5 on performance, given that they perform just as well as the Creator’s but have the added benefit of the ClimaCool system. They are retailing right now for $80 and you can grab yours at Shop Adidas.

Here are some more pics of the colorway i’m rollin’ with: 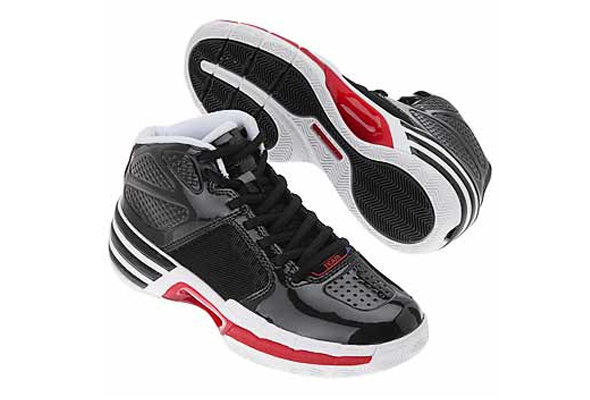