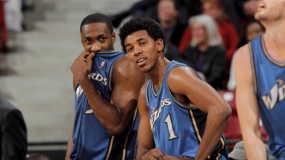 Gilbert Arenas has plenty of free time and an exorbitant amount of money to spend these days as he made $140 million in his NBA career. We all know that Gilbert Arenas is a very outspoken, definitely crazy prankster expert who does as he pleases in order to humor himself and potentially humiliate others. Arenas [...] 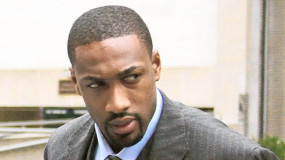 Just in case Gilbert Arenas had even the smallest semblance of a legacy left, he is making every effort to squash it. Tonight he took to Instagram and in a weird classless rant, seemed to compliment Kobe Bryant, beg for a 10-day contract, then attack virtually every player on the Lakers bench. Maybe he was [...] 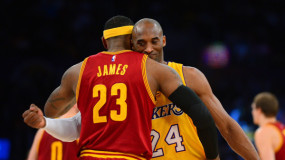 Strap up, y’all. Gilbert Arenas has something to say about Kobe Bryant and LeBron James. Arenas posted a photo of James on Instagram Wednesday night accompanied with a lengthy caption. Why? I’m not entirely sure. But it happened. Here’s what the caption read (h/t Bleacher Report): KINGJAMES…..this person comes around once in a blue moon…a [...] 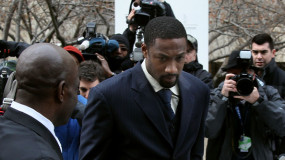 Gilbert Arenas had a colorful but troubled career in the NBA. Well the fun hasn’t stopped off the court, as Arenas once again landed himself in hot water with the police this week. This time for an incident that most wouldn’t be too upset about however. According to Orlando Police, they received a call of [...]

Is Gilbert Arenas Trying Out For The Clippers? 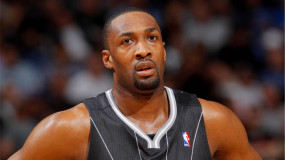 Gilbert Arenas has been an NBA outcast since his locker room gun incident back in late 2009. Following being waived by a couple of teams, last we checked Arenas has been playing in China for the Shanghai Sharks. So should we be reading into his instagram post yesterday on a practice video saying he’s preparing [...]

Gilbert Arenas is Happy in China, No Plans of Returning to NBA 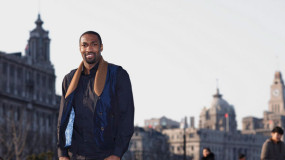 Gilbert Arenas is now a punchline, and because of that, we forget just how good he actually was in his prime. He was arguably one of the 5 best offensive guys in the league. But that all seems like a distant memory. Because of his antics and injuries, his NBA shelf-life expired and is playing [...]

Chris Brown, Gilbert Arenas, and Josh Selby Put On A Show At Goodman League This Week

August 23, 2012 – The Hoop Doctors Even though I’m sure we can all agree the 2012-13 NBA season can’t get here soon enough, we still have highlights for you in the meantime from the summer leagues. Check out hip hop artist Chris Brown, and NBA players Gilbert Arenas and Josh Selby putting on a [...]

March 20, 2012 – The Hoop Doctors If the Grizzlies are getting the Gilbert Arenas from Washington, where he was one of the best scorers in the business, they’ll be in good shape. But chances are that he’s a shell of his formers self. Either way, he should pay dividends for the Grizzlies coming down [...]

January 30, 2012 – The Hoop Doctors Yeah, he’s world-class knucklehead but it wasn’t that long ago that Gilbert Arenas was one of the best scorers in the NBA. You figured it would only be a matter of time before teams start to express interest. The Los Angeles Lakers have expressed interest in Gilbert Arenas, [...]

Gilbert Arenas Planks a Truck Going Through a Carwash

July 9, 2011 – The Hoop Doctors This planking thing NFL and NBA players have been doing lately is getting absurd. And the leaders of the pack have been Gilbert Arenas and Dwight Howard. The latest Arenas planking photo below shows him planking a truck….wait for it….while it goes through a carwash! Photo after the [...]