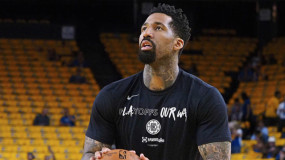 Brooklyn Nets Wilson Chandler has been suspended 25 games after testing positive for performance-enhancing drugs, Ipamorelin, a drug that increases the release of growth hormone. The league stated that Chandler’s suspension will begin with the first regular-season game in which he is healthy and eligible to play. “During my injury rehab process, before I signed [...] 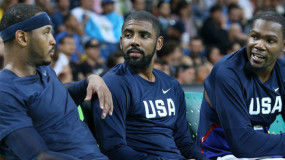 The Brooklyn Nets are interested Carmelo Anthony, and stars Kyrie Irving and Kevin Durant are “pushing” the club to sign the free-agent this summer. Anthony, who is a Brooklyn native, is participating in the Knicks informal scrimmages but both the Nets GM and head coach have watched Melo train this summer and are expressing interest [...] 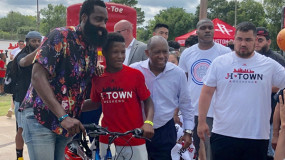 James Harden has donated more than $240,000 to the city of Houston to renovate outdoor basketball courts in under-served areas that were ravaged by Hurricane Harvey. At an event Saturday to mark the donation, Harden said he wants to become a legend off the court and hopes the renovations will convince kids in the area [...] 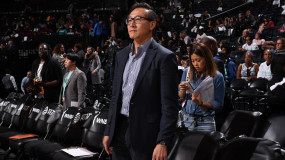 After the many years of questions and controversy about Nets former owner Mikhail Prokhorov, specifically regarding where his wealth came from, and whether or not he had ties to Russian mafia and cartels, it is still amazing to think about the timing of selling the Brooklyn Nets. The Brooklyn Nets are a team on the [...] 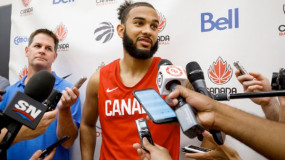 According to head coach Nick Nurse and despite a report to the contrary, Cory Joseph will join Team Canada ahead of the tournament in China. Canada is currently in Australia preparing for the World Cup with a series of exhibition games. Canada won against New Zealand 103-100 in overtime on Wednesday. “He’s on a flight, [...] 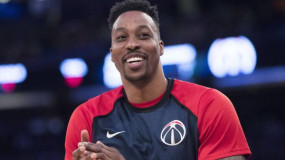 The Memphis Grizzlies have granted Dwight Howard’s representatives permission to speak with other teams, including the Los Angeles Lakers. The Lakers are exploring other options in light of the DeMarcus Cousins injury. Their interest in Howard is more “due diligence” at this point, a team source said. Although Howard was acquired by the Grizzlies from [...] 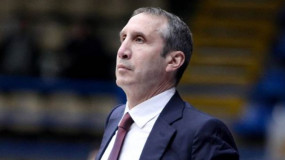 In a statement released on Monday, former Cleveland Cavaliers and current Olympiacos coach David Blatt was diagnosed with primary progressive multiple sclerosis earlier this year. The 60-year-old Blatt says he was diagnosed with MS, which attacks the central nervous system, “a few months ago” and has experienced fatigue, weakness in his legs and balance problems. [...] 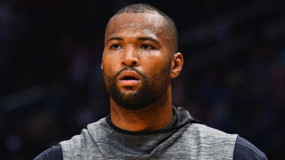 The 2019-20 NBA season has not even begun and the Lakers may have already suffered their first significant injury. DeMarcus Cousins suffered a possible knee injury during workouts this week in Las Vegas and will undergo further tests on Thursday. The severity of the injury is not known at this time. Cousins, who turned 29 [...] 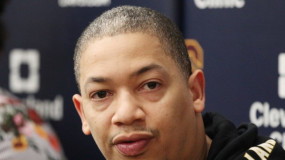 Looks like the Clippers are about to add a little extra something to the already developing rivalry between both teams. The New York Times’ Marc Stein reports that the Los Angeles Clippers are close to hiring the NBA title-winning coach as the top assistant to Doc Rivers. Lue, 42, had widely been expected to become [...] 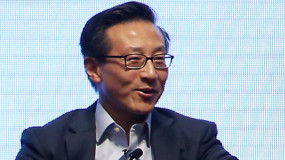 Joseph Tsai, the co-founder of Alibaba, is about to sign a record $2.35-billion deal to acquire the remaining 51 percent of the Brooklyn Nets from Mikhail Prokhorov. Once the deal comes through, he will become the sole owner of the franchise. Tsai purchased 49 percent of the Nets last year for $1 billion and was [...]