admin January 6, 2022 Blogs 1 Comment on Kerr and the Warriors heading into Dynasty II? 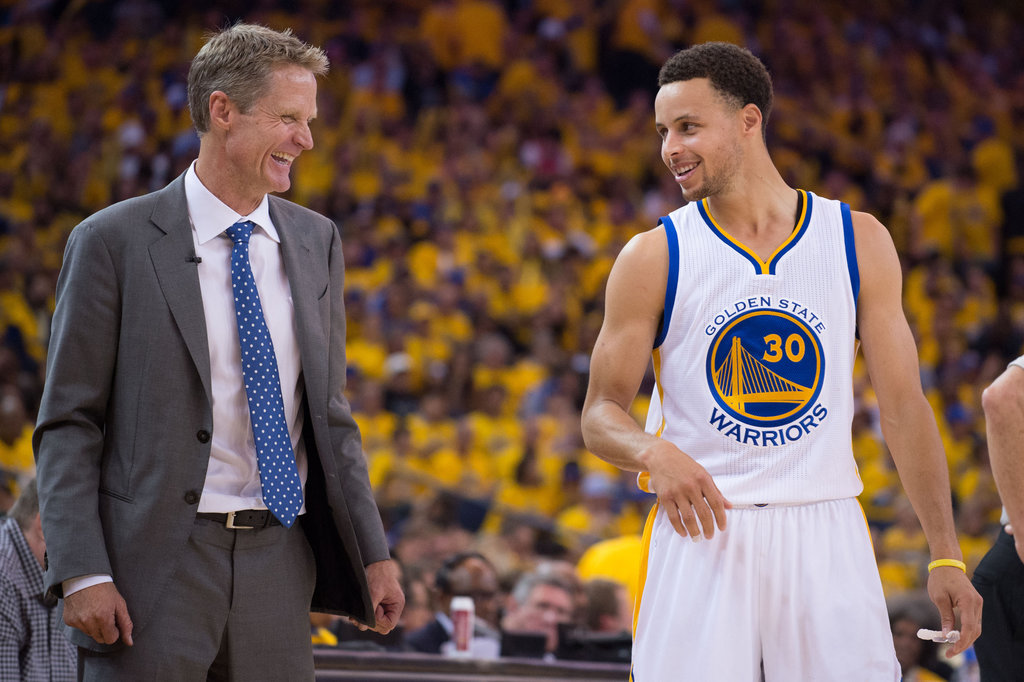 The Warriors tanked the 2019-20 season after losing key players and being crippled by injuries, then the 2020-21 campaign fared little better for the team led by Steve Kerr, failing to reach the NBA Playoffs for an unthinkable second year in a row. But now the Golden State Warriors are finally back in business, almost like a force of nature and seemingly unstoppable, as the franchise battles to become the best in basketball once again.

When the first Warriors Dynasty began

From the day he arrived at the franchise, everything Steve Kerr did was quite literally golden for the Warriors. To be fair, the foundations of a dynasty had already been laid by previous coach Mark Jackson, who turned the franchise around after several years in the doldrums. Jackson was the man who had led Golden State to the NBA Playoffs, after a drought spanning five seasons, yet he was fired in May 2014.

The core of a potential championship challenging team had largely been assembled, when Steve Kerr took the helm at the start of the 2014-15 season, while the free agency arrival of Klay Thompson was perhaps the missing piece in the jigsaw. With all the right ingredients and his own unique coaching expertise, Kerr immediately turned a really good basketball team into a great one, culminating in a historic first NBA championship since 1974-75.

Having beaten the Cleveland Cavs in the 2014-15 NBA Finals, the Warriors were outstanding during the 2015-16 regular season, registering 73 wins and just 9 defeats. Once more the team breezed through the NBA Playoffs and looked entirely invincible, although the Cavs would avenge themselves in the NBA Finals, halting the Warriors 4-3 over the series to claim the NBA championship.

Stephen Curry had won back-to-back MVP awards, forging a “Splash Brothers” partnership with Klay Thompson, Andre Iguodala was regarded as the best swingman in the NBA, while Draymond Green continued to excel. Heading into the 2016-17 season, Harrison Barnes was replaced by Kevin Durant in the “Death Lineup” available to Kerr, as the Warriors formed one of the deadliest lineups in NBA history. For the third year in a row the Warriors met the Cavs again in the NBA Finals, this time securing the second NBA championship in three seasons.

Heading into the 2017-18 campaign, the “Death Lineup” had earned the “Hamptons Five” moniker. The Warriors remained the dominant force throughout the regular season, while their excellent form continued into postseason, as this remarkable group of players breezed through to another NBA Finals. Yet again they faced the Cleveland Cavaliers and yet again, they landed another NBA championship; the second in a row and third in four seasons.

While the Cavs had only managed to stop the march of the Warriors once in four attempts, at the end of the 2018-19 season, it was the surprise package who ultimately denied Golden State landing another NBA Championship title. Kerr and his talented group had enjoyed another stellar season, sweeping through the Playoffs to the NBA Finals again. This time they were left stunned by the Toronto Raptors, as the dynasty era reached its conclusion.

Golden State on the comeback trail

During a season that was ultimately blighted by a global pandemic, another kind of sickness had struck the Golden State Warriors. The “Hamptons Five” was broken up, as Kevin Durant left for the Brooklyn Nets and sat out the entire 2019-20 season, while Andre Iguodala departed for the Miami Heat. The Warriors made an awful start, Klay Thompson missed the season with an ACL tear, then Steph Curry suffered a broken finger, limiting him to just 5 appearances in 65 games. Inevitably, this greatly depleted went on to tank big time.

Klay Thompson remained out of action for the whole 2020-21 campaign, and while Stephen Curry did return to action, even his impressive individual form couldn’t save the team from another dismal season. The Warriors won more games than they lost in the regular season, although it wasn’t enough as they missed the NBA Playoffs for the second year in a row.

In August 2021 and ahead of the 2021-22 season, Golden State welcomed the return of Andre Iguodala to the franchise, while other additions helped shape a roster more suited to the Warriors’ principles. The depth of the team available to Kerr looks good, fitting his preferences well and as this group began to shine, they’re moving the ball around and looking every bit like a dynasty in the making.

Despite being lower down the futures ratings heading into the season, odds for the Warriors winning the NBA championship have continued to shorten. Good enough reason why bettors must always compare the available markets, ensuring they get the best odds and offers at any given time. For some of the expert betting tipsters at SBO, this was always potentially resurgent year for Golden State, although not everyone followed that advice.

Kerr and his Warriors have been outstanding all season, winning 27 and losing just 6 games at the time of writing. Stephen Curry is on fire, backed by a team which looks unstoppable heading into 2022. While there is more ball to be played, more hoops to shoot, this current Warriors team looks every bit capable of going the distance.

Of course, everything could still come crashing down during the second half of the NBA regular season campaign, although it’s hard to find any real weakness in the Warriors right now. Losing has become something of a rarity and while that may happen occasionally, Golden State appear to have the dominant edge back in their overall game. With some good fortune and the avoidance of long-term injuries, we could be witnessing the arrival of a second and equally exciting dynasty under Kerr’s leadership.