admin July 14, 2021 Rumors No Comments on Suns Hoping to Rise to the Occasion 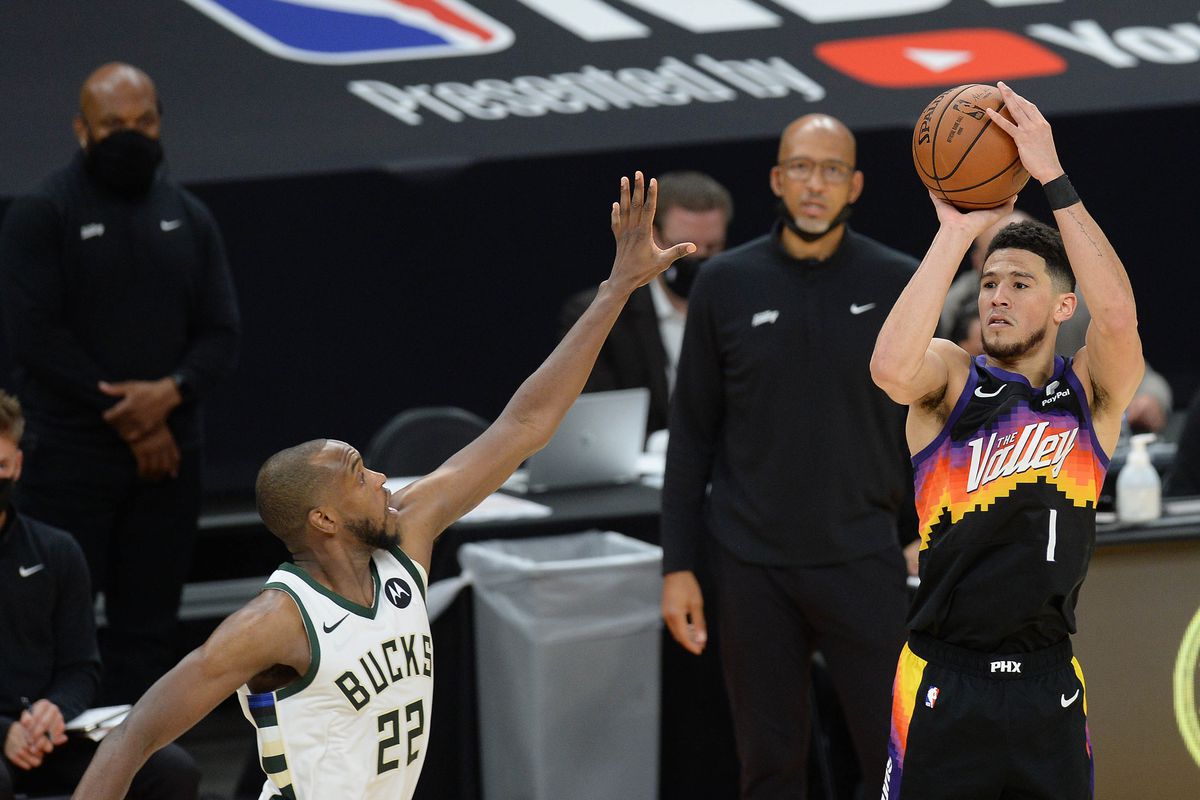 The NBA finals hang in the balance with the Phoenix Suns and Milwaukee Bucks holding onto their post-season hopes of lifting the title. The players know they stand on the cusp of history but understand they must take their opportunity. Glory doesn’t come cheaply in the National Basketball Association. Success must be earned.

Followers have had plenty to mull over in the early exchanges of the battle between the Suns and the Bucks. Both teams have had their share of joy, but both have also thrown in a surprise below-par performance. Nerves are beginning to play a part, and all involved must hold their nerve as the play prepares to become even tenser.

Which team will come out on top and secure glory this summer? That remains to be seen, but basketball fans can get an idea of what to expect from the NBA finals betting. Who are the bookies backing?

Traders stick with the Suns

The current betting available with all major online sports books favours Phoenix. The Suns are favourites in the series winner market, and the team’s form so far makes that difficult to argue against. Suns were the betting favourite before game one of the series, and the traders have doubled down on that opinion since.

The money men are desperate to keep on the right side of Phoenix, and anyone betting on the series winner will have a question to answer. Is it better to take the Suns as favourites or take a chance and shoot for bigger odds and get their stake down on the Bucks? Milwaukee winning the series would be an upset but basketball fans and lovers of post-season NBA games know only too well shock results happen often. Nothing can be taken for granted at this stage of the season with players. Players, coaches and fans know it.

It would be foolish to simply write off the Bucks and count this as a championship that already has the Suns’ name engraved on it. Milwaukee beat Phoenix by 120 points to 100 recently, a victory that saw them roar back into the series. It was a thrilling contest that serves as a reminder to anyone that needed it that the Bucks are here on merit and won’t be going away quickly.

Booker must bounce back

Devin Booker has been the most impressive player in post-season but his devastating form abandoned him during that loss to the Bucks. The star player showed just how crucial he is to his team. Fans now know when Booker plays bad the team performs below expectations. That’s something the coaching staff will be desperate to address in future games.

Booker went into the match high on confidence but turned in a flat display. The Suns guard returned disappointing stats, shooting just three of 14 and barely making double figure odds, scoring only 10 points in the game. That will worry everyone with a connection to Phoenix and all eyes will be on the player to see how he responds.

The player can go one of two ways from here. He can let that poor effort wreck his form and suffer from a drop in confidence or he can let it inspire him. Devin can take it on the chin, leave the performance in the past and look forward to upcoming challenges. The best players aren’t always judged on their success but how they respond to failure. Does Booker have the character to get back on track. Fans certainly hope so but they can’t afford to heap pressure on their guard if he doesn’t explode out of the traps.

Bettors preparing a gamble on the post-season have options on how they invest their stake. They can play it simple and back one team to win the series or they can go for one of the specials. The top sportsbooks offer markets including next match winner, series correct score, total number of games in the series, series spread and more.
There’s something to suit all types of bettors from those looking to back a favourite and limit the risk to backers happy to take a risk on an outsider at big odds. Bets on the NBA finals series can be placed using a desktop computer or smartphone.