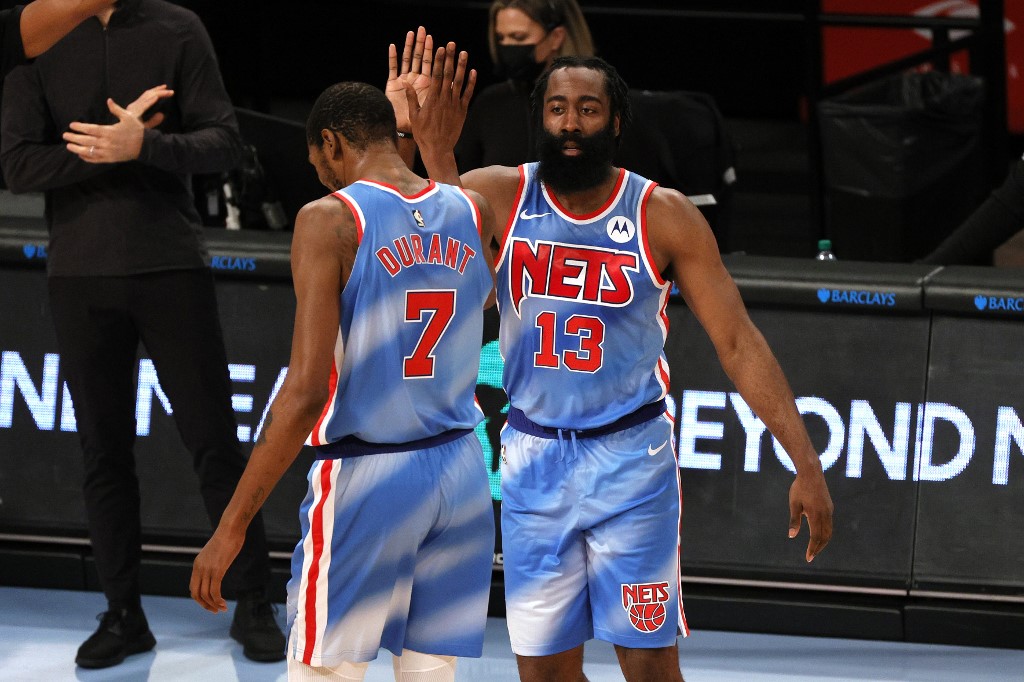 When it comes to betting on the NBA in 2021, you need to start by throwing everything you used to know out the window. The rules you applied to bet on the NBA pre-COVID, will likely come back into play at some point, but for now, with teams playing in front of (mostly) empty arenas, with unusual, baseball-like two game series in a specific city, and with players every night missing due to COVID protocols, you need to adjust to a new normal in NBA betting.

Of course, the biggest difference with the NBA this year is that most teams are playing in front of empty crowds. According to many studies, the primary advantage of a home crowd is that a loud crowd can subtly influence the referees’ decisions. Without the threat of 18,000 booing fans, home teams have lost nearly all of their traditional advantage.

Through the first three weeks of the NBA season, home teams are only 75-78 overall on the year. That means road teams are winning 51 percent of all NBA games, which would easily set the all-time record. There may not be any home court advantage right now. As recently as the 2015-16 season, the Golden State Warriors went 39-2 at home, which was not even the best mark in the NBA that year because the San Antonio Spurs went 40-1. This year, every team has already lost a home game in the season’s opening weeks, and within the first month of the season there likely won’t be a single team with fewer than 2 home losses.

The data that home teams struggle goes deeper than the simple fact that home teams are losing more than they are winning, as well. Home teams this season were 70-83 against the spread in the season’s opening weeks, for a winning percentage of 45.2%. This means that the NBA betting odds have not yet caught up with the lack of a home court advantage in the NBA this season. Traditionally, if two teams are even, the home team will be about a 4 point favorite in an NBA game. This data shows that maybe that number should be closer to even in an empty-arena environment.

Another major factor when considering NBA betting odds in 2021 is the proliferation of the two game series. In the past, a back-to-back in the NBA meant that, say, the Atlanta Hawks would host the Detroit Pistons on Monday night, then both teams would fly to Detroit and play a game there, either on consecutive nights, or with a one day break in between. In 2021, the NBA schedule has a new wrinkle where teams fly to a city to play two games, à la baseball. This has essentially never happened before and significantly changes the odds for the games affected.

Take the Miami Heat and Milwaukee Bucks, who played games on back-to-back nights in Miami. In the first game of the series, with the Bucks favored by 6 points, Milwaukee hammered the Heat, beating them 144-97. That moved the line to Milwaukee -6.5 for the second game, which Miami won 119-108. It’s hard to learn too much from such a large swing, but take the Brooklyn Nets and Atlanta Hawks who played a two game set in Brooklyn early in the season. The Nets won the opening game 145-141 as 5.5 point favorites, which actually moved the line for the second game in Brooklyn to -6. Atlanta ended up winning the second game outright, 114-96.

All told, there is not enough data to make sweeping conclusions, but it is worth noting that when teams play two consecutive games in one NBA city, the team that won the first game is only 9-8 overall. If the first game moves the line in any significant way, you might want to take the team that lost the second game against the spread, because you are getting a better number than you could have two nights earlier for the exact same matchup.

The last major factor to consider when betting on the NBA in 2021 is COVID-related absences. If NBA teams can’t field a roster of 8 players, the rules dictate the game is postponed. But that means that teams are sometimes playing with a skeleton roster. The most prominent of these games in the early season was when the Philadelphia 76ers had to play a game without their entire starting lineup and some of their key bench players. Whereas on a normal NBA night, the 76ers would have been about a 4 point favorite when hosting the Denver Nuggets, the line actually moved all the way to Denver by 13.5 points.

Even though the 76ers were starting multiple players who even serious NBA fans were unfamiliar with, the team fought valiantly and only lost 115-102, covering the 13.5 point spread. The lesson here is that even the players on the back of an NBA bench can be competitive with anyone, especially for one night. In a season with so many new variables, maybe the thing to be most afraid of was the 13.5 point spread, not the obscure players.

So, the key lessons when looking at NBA betting odds in 2021 are: To completely ignore home court advantage, to not be scared off by the first game in a back-to-back series, and to avoid massive lines, even when one team is missing many key players.