LeBron and Giannis Make Their Picks for the All-Star Draft

Anou Enright February 8, 2019 Blogs No Comments on LeBron and Giannis Make Their Picks for the All-Star Draft 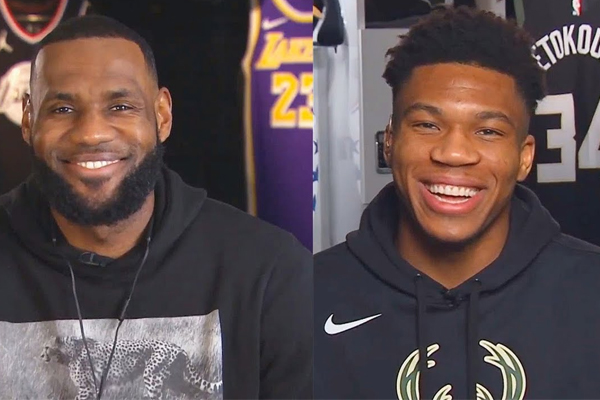 With the NBA trade deadline now out of the equation, the focus has now shifted to the All-Star weekend.

All-Star captains LeBron James and Giannis Antetokounmpo picked their teams Thursday as part of TNT’s “NBA All-Star Draft Show.” Antetokoumpo delivered on his promise to take Steph Curry with his first draft pick after James selected Kevin Durant at his No. 1.

Giannis and LeBron also exercised their right to trade with James sending Westbrook to Giannis in exchange for Ben Simmons.

Both All-Star teams will play for community-based organizations, with donations directly benefiting the All-Star host city. The winning team’s charity will receive a $350,000, while the losing team’s organization will get $150,000.