Anou Enright February 14, 2019 Blogs No Comments on Giannis Antetokounmpo: There isn’t one guy who can stop me 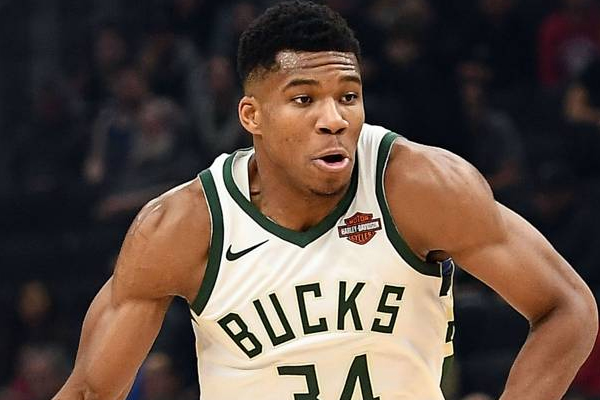 Giannis Antetokounmpo doesn’t think there’s any single player in the NBA who can stop him.

He was asked after Milwaukee’s victory over Indiana on Wednesday about matching up against Pacers Thad Young. A reporter indicated Young has a reputation around Indiana “as a guy who could slow” Antetokounmpo. But the Bucks star wasn’t buying it.

“Oh, come on, man. Thaddeus Young, he’s a great guy, first of all,” Antetokounmpo said. “Amazing player, amazing teammate, plays hard. At the end of the day, I’m not trying to sound arrogant and cocky because that’s not who I am, but I don’t think there’s one guy that can stop me.

At the end of the day, Young and the Pacers couldn’t stop Antetokounmpo from notching a triple-double Wednesday. Antetokounmpo had 33 points, 19 rebounds and 11 assists.

It’s difficult to argue with Antetokounmpo’s assessment of his own game considering he’s a 6’11” matchup nightmare. He is firmly in the middle of the MVP race as a result, and he has the Bucks atop the Eastern Conference standings at 43-14 and in position to win their first playoff series since the 2000-01 campaign.