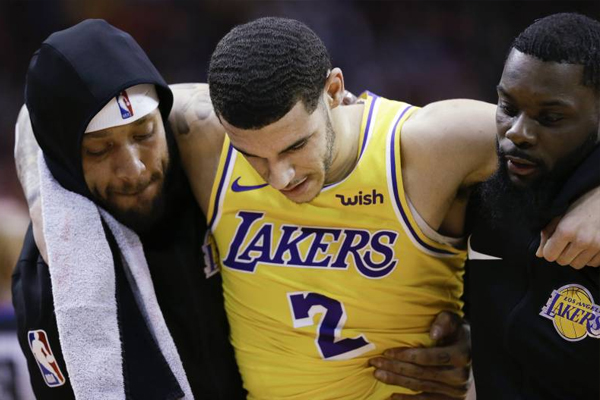 Lakers guard Lonzo Ball is expected to miss four to six weeks after an MRI revealed he suffered a Grade 3 left ankle sprain.

Ball sustained the injury in the third quarter of Saturday’s loss to the Houston Rockets and had to be carried off the court by his teammates after colliding with Rockets James Ennis. Ball, who has a history of ankle injuries and had knee surgery over the summer, looked to be in a whole lot of pain.

?@ZO2_? sprained his ankle badly and needed to be carried off pic.twitter.com/9hlJ20fNea

It goes without saying that this is bad news for both Ball and the Lakers, who will be up against the Warriors on Monday.

The team is already without LeBron James and Rajon Rondo, which means they’ll be especially thin in the backcourt until he gets back.

The Lakers are currently tied for the eigth-seed in the ultra-competitive Western Conference.