Anou Enright September 26, 2018 Blogs No Comments on New Incentives in Place to Deter Tanking in 2018-19 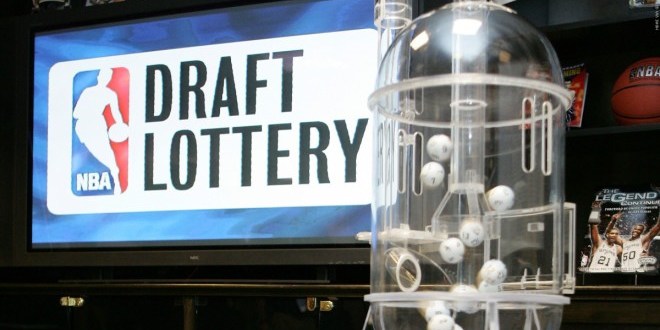 Tanking, long a dirty little secret in the NBA dating back even to the 1990s (the 1996-97 Spurs tanked to get the No. 1 pick and draft Tim Duncan…) has became so egregious and thinly veiled over the past decade with the 76ers making it in vogue and doing it rather successfully that the cat is out of the bag. As a result the perception of the league and the level of its competitiveness has been called into question.

There have been solutions and changes with the lottery process rumored for years, and now finally there will be a bit of reform starting this season.

Up until now here is the number of lottery combinations each of the league’s worst teams had in the NBA Draft Lottery:

Here are the new odds for the top four picks and the remainder of picks five through 14 starting this season:

Picks five through 14 chosen in reverse order of record.

As you can see this clearly devalues the top six teams in the lottery an extent, especially the top three, and adds value to teams seven through 14 in lottery odds.

While this new system does de-incentivize tanking to an extent, the more interesting and possible unintended consequence is that teams may decide that they are better off landing in the lottery than getting one of the last few playoff berths because of the better draft odds.

We’ll see what affect this reform has moving forward.