admin May 18, 2017 Blogs No Comments on Stephen Curry on His NBA Playoff Tear: ‘I Don’t Think I’ve Done Anything Differently’ 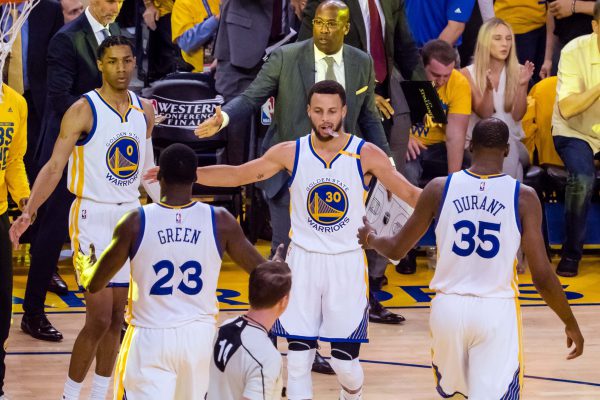 Stephen Curry has always been an offensive nightmare for defenses, but things tend to change in the playoffs. He’s always slightly less efficient, and he appears to go through protracted slumps or complete vanishing acts.

Not this year, though.

Absolutely nothing, or so he claimed to The Vertical‘s Michael Lee:

“I don’t think I’ve done anything differently,” Curry told The Vertical as he strolled through Oracle Arena, accepting handshakes and dap for another breathtaking performance. “It’s just the moment is bigger, the lights are brighter and the whole scene is catered around playing well right now, and that’s what I’m trying to do.”

In all seriousness, he’s not really lying. He’s hitting more of his pull-up jumpers and shooting a ridiculous percentage early in the shot clock, according to NBA.com, but his play style hasn’t really changed. If anything, he’s been more freewheeling 2015-16 Curry than 2016-17 Curry, the latter of whom butchered his approach for stretches at a time to help accommodate Kevin Durant.

And speaking of Durant, he’s the difference. Defenses cannot zero in on Curry like they used to because they’re so afraid of what the other top-five player on the roster will do.

And so, Curry, and Durant, and the rest of the Warriors, are making them pay.