Draymond Green on Racism in Sports: I’ve Gotten the N-Word

Anou Enright May 3, 2017 Offbeat 1 Comment on Draymond Green on Racism in Sports: I’ve Gotten the N-Word 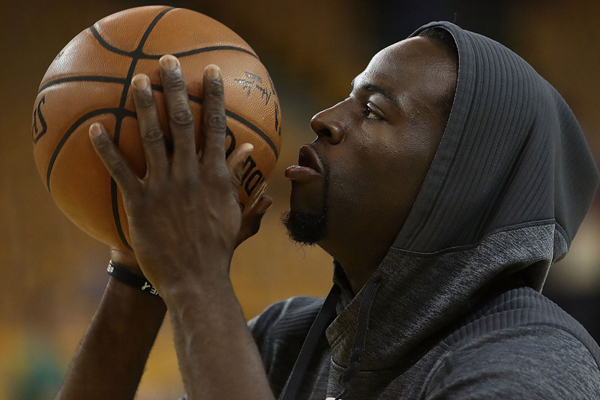 Looks like it’s not only MLB players that have been subjected to racial slurs while playing.

Warriors’ Draymond Green spoke out, after the Jones incident, about how he too had been targeted during games.

“I’ve gotten the N-word, all of that. I’d rather not get into (where). A few places, especially being that it is me. Athletes are just not protected in that regard. Maybe something like (the Adam Jones incident) will help,” Green said.

Like Adam Jones of the Orioles, Draymond Green doesn’t believe that professional leagues are doing a good enough job of protecting their players against this racist behavior. He hopes that fans will one day be held to the same standards as athletes.

“Cheer for your team. Do what you want. But if I’m playing in the game and you’re cheering for your team, it doesn’t give you the right to say whatever you want to say to me,” Green said. “This is my job, and I can’t go to your job and say whatever I want to you. If I went to someone else’s job and said whatever I wanted to say, I’d get arrested for harassment. It’s a fine line. I don’t think any league does a great job of making sure that athletes are protected.”

In an effort to highlight racism as an issue, Draymond Green and Steph Curry serve as members of an advisory board for the Ross Initiative in Sports for Equality (RISE), which “uses sports to improve race relations by driving social progress and understanding.”

“There has been progress, but people want to sweep stuff under the rug and turn a blind eye to what people go through every single day in terms of prejudice and racism,” Curry said. “Obviously, there are plenty of groups, initiatives and people trying to attack the problem, RISE being one of them. As long as I have the platform I do, I plan to use it.”