admin May 18, 2017 Blogs No Comments on Dallas Mavericks Plan to Pursue Jrue Holiday in Free Agency 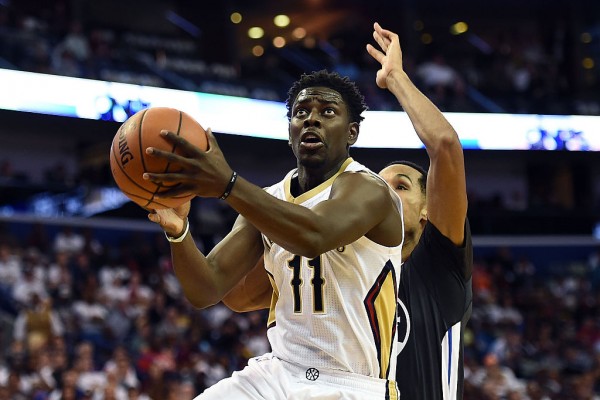 With the No. 9 pick in this year’s NBA draft, the Mavericks could hope someone like Dennis Smith Jr. falls to them. Or they could address the issue in free agency by pursuing, oh, I don’t know, how about Jrue Holiday?

That appears to be the plan, according to ESPN.com’s Ian Begley:

One team that’s interested in free agent point guard Jrue Holdiay? The Dallas Mavericks. League sources say members of the Mavericks organization view Holiday as a free agent target this summer. Holiday will likely command top dollar on the market and Dallas would probably have to clear some cap space to make Holiday a competitive offer. New Orleans would also like to retain Holiday and can offer him more money than any other team. Some in the Knicks organization are fans of the 26-year-old, though it’s unclear just how strong that interest is from New York. The length and amount of Holiday’s contract would likely take New York out of the running.

Dallas can get to more than $22 million in cap space by waiving Devin Harris and declining Dirk Nowitzki’s team option (with the intention of re-signing him at something like the veteran’s minimum). That’s a pretty good spot to be in, but it might not be enough.

Holiday is eligible for a contract that pays him slightly more than $30 million in Year 1. In a vacuum, he’s not a max player, but if the New Orleans Pelicans sense he’s getting the itch to leave, they can dangle more than the Mavericks per season or include a fifth year that guarantees him a boatload more money over the long haul.

To truly rival the Pelicans’ initial per-year offer, should they be prepared to go that high, the Mavericks need to dump more money. Offloading Dwight Powell’s $9 million salary gets them there, and he’s arguably expendable if the plan is to re-sign Nerlens Noel (it is). But are they willing trade an actual asset without taking back anything in return? Is there even a team that will absorb what’s left on his deal knowing his three-point stroke has yet to develop?

The Mavericks have to figure all this out. First, though, they’ll need to see if Holiday is even ready to spurn New Orleans for life in Dallas.