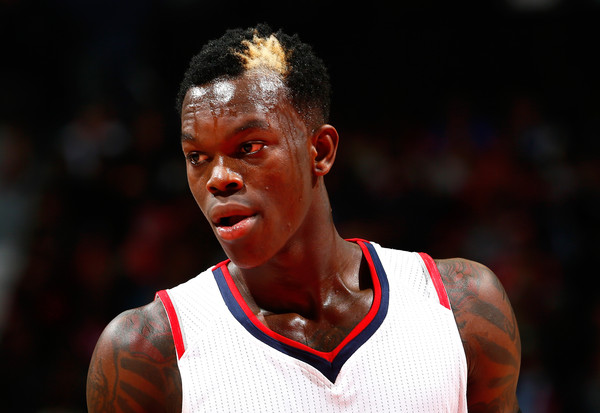 Like many backup PGs, Atlanta’s Dennis Schroder is on record as wanting to be a starting in this league. Unfortunately for him, he’s stuck behind Jeff Teague. But in Dennis’ defense, he’s probably talented enough to start for some NBA team.

Might that team be the Sixers? Philly is reportedly prepared to offer Schroder the max to bring him on board. That sounds laughable on the surface, but consider two things: 1) The “he’s really a max player?” list has become very short these days in the NBA so Schroder isn’t an anomaly, and 2) this may actually be a sign Philly is attempting to take themselves seriously.

However, a source expects the Sixers and Hawks to revisit trade talks for him during the NBA draft on June 23.